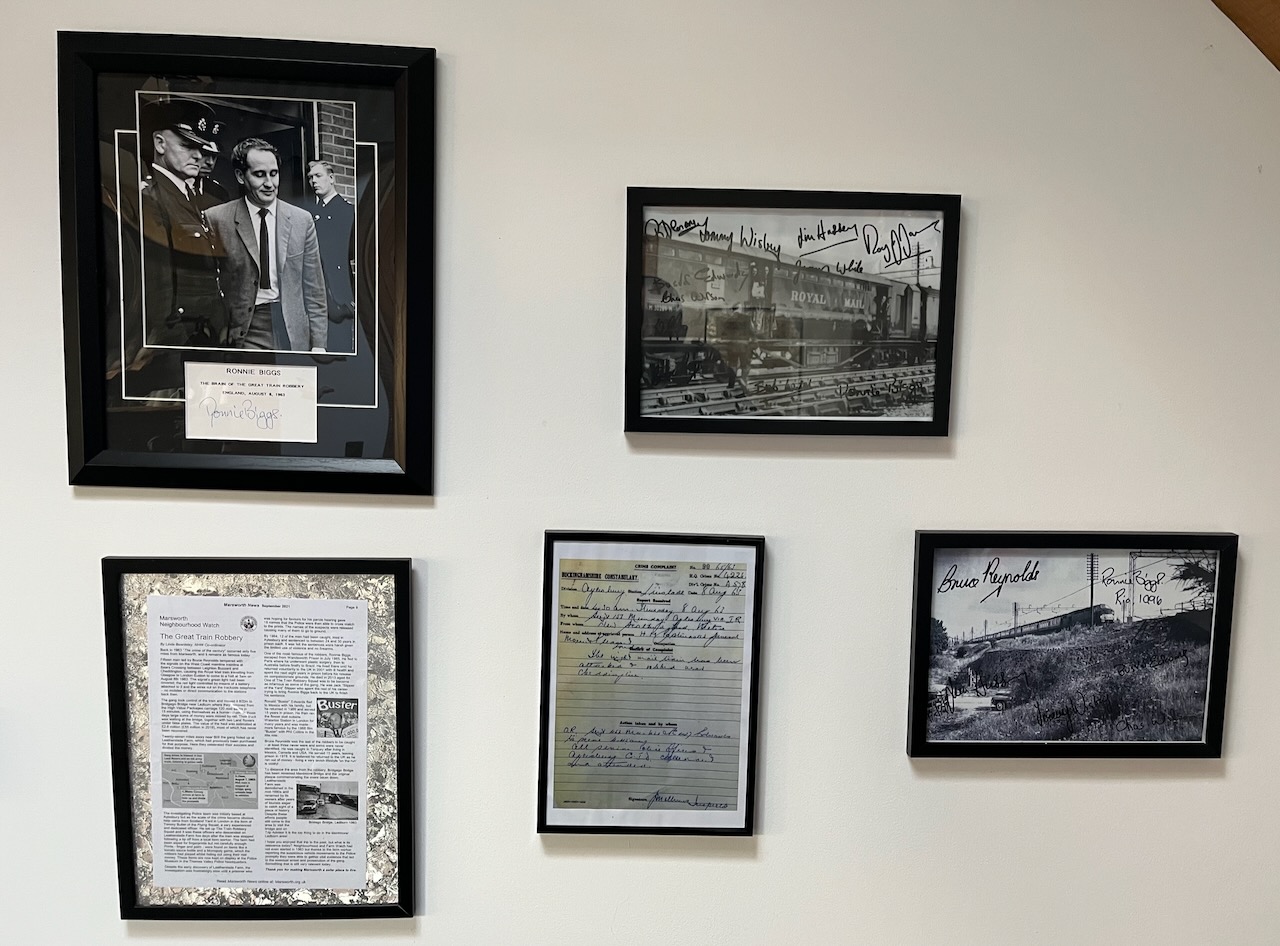 I’m not old enough to remember the Great Train Robbery of 1963, but I am old enough to remember the time when the Sex Pistols recorded a couple of songs with Ronnie Biggs, by then the most famous of the robbers. These were the post-Lydon, post-Vicious Pistols. The once-seminal band was now little more than a novelty act, a status confirmed by the collaboration with Biggs. The Pistols liked to see themselves as outlaws and Biggs was a genuine outlaw. It was a match made, not in heaven, but in the mind of Malcolm McLaren, the Pistols manager and a genius of outrage marketing.

The performances, if you can call them that, appeared in Julian Temple’s film The Great Rock ‘n’ Roll Swindle, a film that signified that as far as the McLaren and the Sex Pistols were concerned, the game was up.All that remained was to make as much money as possible before the whole thing imploded. Ronnie Biggs was by this time (1980), the most notorious of the Great Train Robbers and the Pistols were the most notorious rock band. The hook-up was, as McLaren knew, publicity dynamite.

But rewind almost thirty years to the original heist and Biggs was a bit-part player, recruited to the gang only because he happened to know a train driver who’d be able to shift the hijacked train along the track. It was Biggs’ daring escape from Wandsworth Prison in July 1965 (almost all the gang had been rounded up and convicted by this point) that made him really famous. He became a staple character of the tabloid newspapers as he scarpered overseas to live in exotic places like Australia (you may laugh, but in the 1960s, Australia was exotic to most British people) and Brazil.

The hunt for Ronnie Biggs became something of a national sporting contest: the dour, plodding operatives of Scotland Yard in pursuit of the crafty, lovable rogue. But by the time that Biggs was finally tracked down in Rio de Janeiro in 1974, he’d blown his share of the takings — £147,000, almost £3 million in today’s money — on travel, plastic surgery, and legal fees. So he decided to consort with the media rather than go to ground again. He needed all the money that the newspaper exclusives, and eventually Malcolm McLaren, could supply.

There is a strain of admiration for robbers in British culture that goes back to Robin Hood, via Dick Turpin, AJ Raffles, and others. But whereas Hood was a medieval social democrat, redistributing from the rich to the poor, Turpin and Raffles, though perfect gentlemen, were in it strictly for themselves. Nobody would call the Great Train Robbers gentlemen. But it was the 1960s, and permissiveness extended to crime as well as sex and art. The Krays got themselves photographed by David Bailey and John Bindon partied (and possibly more) with Princess Margaret on Mustique. The Great Train Robbers rode that zeitgeist. They may have been villains but they really stuck it to the system. After all, weren’t the ruling class robbing people every day anyway? Theirs was victim-less crime — apart from Jack Mills, the train’s driver, who was beaten with an iron bar and never fully recovered.

The landmarks of the robbery are in Buckinghamshire. At Sears Crossing, the gang stopped the Glasgow-to-London mail train by tampering with the signal and changing it to red. At Bridego Bridge, a little way down the tracks, they unloaded the money, £2.6 million in all, and took it to a nearby farm where they had cars and vans waiting. Sears Crossing and Bridego Bridge (now called Mentmore Bridge) aren’t exactly tourist attractions, but if you visit the cafe at Rowden Farm, just up the road from Mentmore Bridge , you can see a little wall display of photographs and documents. It’s as quaint a display as a corner of a tea shop given over to mementoes of, say, Jane Austin or Admiral Nelson.