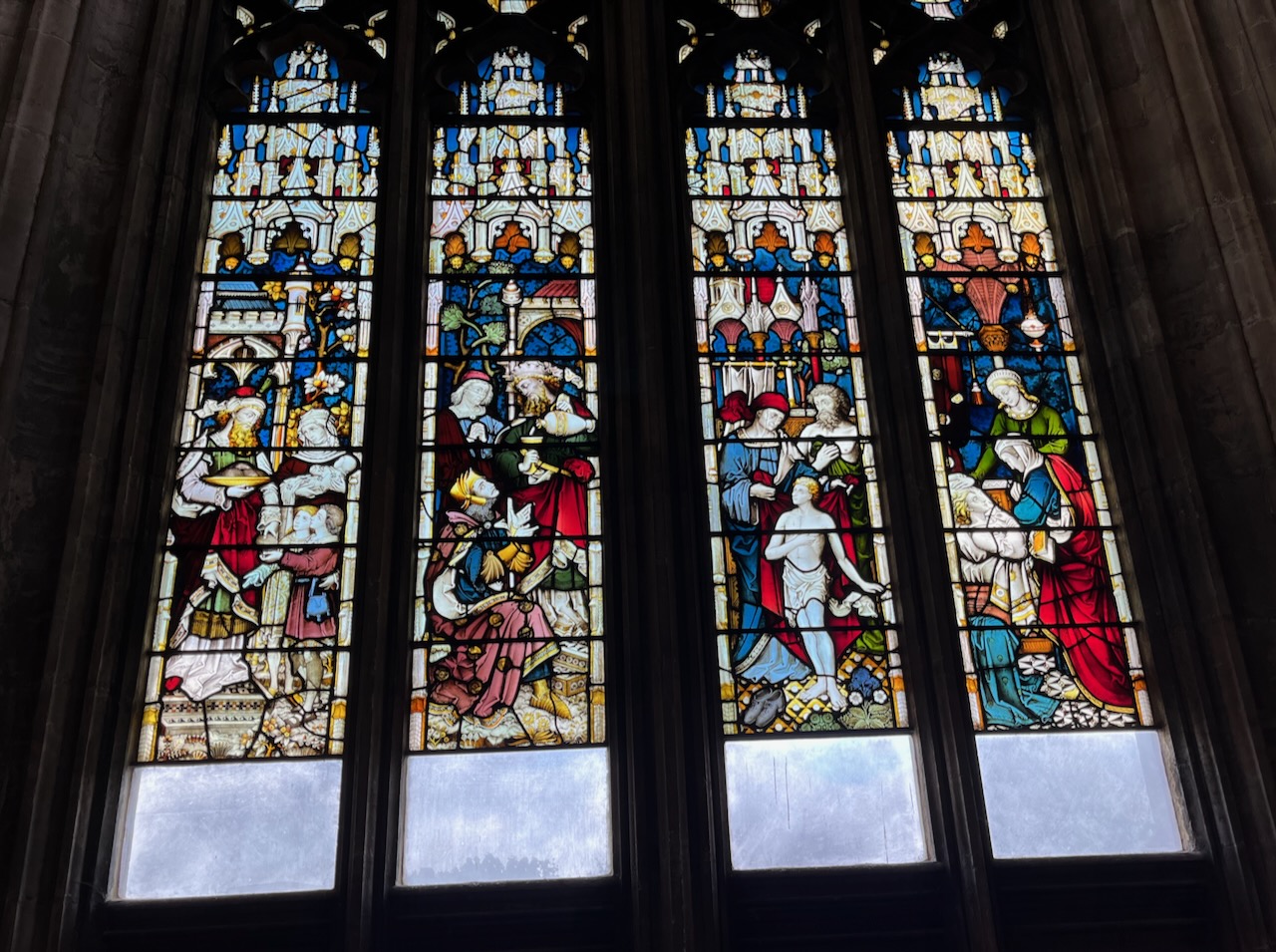 Bristol’s connection with the slave trade goes back a long way, a thousand years and more. Slavery was an accepted practice in Anglo-Saxon England, and historians have estimated that between 10 and 30 per cent of the population were slaves. There was also money to be made by exporting English slaves to Ireland, and by the eleventh century Bristol was the main centre for this trans-Irish Sea trade.

The twelfth-century chronicler William of Malmesbury looked back with revulsion at this Bristolian commerce:

They would purchase people from all over England and sell them off to Ireland in the hope of profit; and put up for sale maidservants after toying with them in bed and making them pregnant. You would have groaned to see the files of the wretches of people roped together, young people of both sexes, whose youth and beauty would have aroused the pity of barbarians, being put up for sale every day.

English slavery was brought to an end through the efforts of two churchmen, Archbishop Lanfranc of Canterbury and Bishop Wulfstan of Worcester. Both men preached on the evils of slavery and Lanfranc, who had a close relationship with William I, eventually persuaded the king to outlaw the practice. To paraphrase a well-known line, what did the Normans ever do for us? Well, they did abolish indigenous slavery.

The better-known Bristolian slavery connection originates a few centuries later, when the Royal African Company’s monopoly of the British transatlantic slave trade was ended in 1698. The merchants of Bristol, ever eager for a new business opportunity, leapt in and were soon reaping a great deal of profit from this traffic in human beings.

One prominent Bristolian merchant who made a lot of money from the slave trade was Edward Colston (1636-1721). Colston was a member of the Royal African Company and, later, of the Society of Merchant Venturers, the company which controlled Bristol’s sea trade. Both companies dealt in West African slaves. In later life Colston turned to philanthropy, endowing schools, churches, almshouses, and hospitals. In 1895, a statue was erected in the centre of the city to commemorate the great man and his generous benefactions.

When I was a student in Bristol, more than twenty-five years ago, Colston’s name was everywhere. There was a Colston Hall and a Colston Tower, a Colston Avenue and a Colston Street, Colston Almshouses and even a Colston Bun. Bristol, it seemed to me as an outsider, was very proud of its famous and generous son. Still, there was no conspiracy of silence about Bristol’s connection with the transatlantic slave trade back then. I remember it was talked about and acknowledged quite openly. Which brings me to the present day and to how that debate has changed over the years.

I think there are two main differences. Whereas the slave trade was regarded as a terrible, shameful episode in the city’s past, it was then treated as history, something that had occurred in less enlightened times, yet another example of man’s inhumanity to man. In the present day, it is viewed as a collective sin in which every Bristolian, many of whom have benefited from Colston’s bequests, is complicit. This tremendous wrong must not only be acknowledged but expiated.

The other difference is that Edward Colston’s involvement in the trade has been foregrounded. Colston is the man who personifies all the evil of that time. Which is why, when the Black Lives Matter protests reached their height in June 2020, his statue was pulled down by a mob and dumped in the harbour. This in itself was unsurprising, given the febrile period we were living through then. What was surprising, at least to me, was that the Bristol police stood back and watched.

‘Whilst I am disappointed that people would damage one of our statues, I do understand why it’s happened, it’s very symbolic,’ said Superintendent Andy Bennett, of the Somerset and Avon police. What’s also symbolic is that the police decided to let it happen. It should be acknowledged that an investigation into criminal damage was carried out after the event, but, well, whatever happened to crime prevention?

The historian David Olusoga wrote a piece of purple prose for the Guardian — ‘tonight Edward Colston sleeps with the fishes’ — in which he commended the protesters for their direct action. Which only goes to show, once again, that leftists are happy to justify mob violence so long as it supports their cause. To be clear, I’m not out to defend Colston. He profited from a barbaric trade. By all means, if that’s what the people of Bristol want, remove his statue from the town centre. But that’s not a decision for a self-appointed popular committee to make.

The statue has been recovered from the harbour and is now on display in the M Shed museum. I hope this means that Bristol’s part in the history of the slave trade can be discussed and contextualized, rather than erased. And I mean really contextualized, which the likes of Olusoga never actually do. To listen to them you’d never know that slavery has been an almost universal institution in many different civilizations and epochs. And is still practiced today. In other words, it’s not the sole invention and legacy of the evil British.

Bristol is home to one of the most beautiful churches in England, St Mary Redcliffe. Until recently there were four small stained glass lights dedicated to the memory of Edward Colston. In the wake of the statue toppling, the church authorities decided to remove them. I’m puzzled as to why, if these objects were so objectionable, the good men and women of St Mary Redcliffe left it so late to take them out of public view. It was obviously a preemptive move, to spike any criticism from the social justice crowd and to make sure the windows don’t get smashed in. I doubt more than one in a thousand Bristol people even knew they were there.

The information board by the window explains the church’s rationale for the removal and it’s worth showing it here.

That the window is not an original feature of the church is a bizarre argument for the removal, and clearly made in bad faith. That it reflects ‘a different worldview’ is true not just of the stained glass but of this information board, of the church that houses it, and indeed of the campaign to cancel Colston. Worldviews gonna change, that’s for sure.