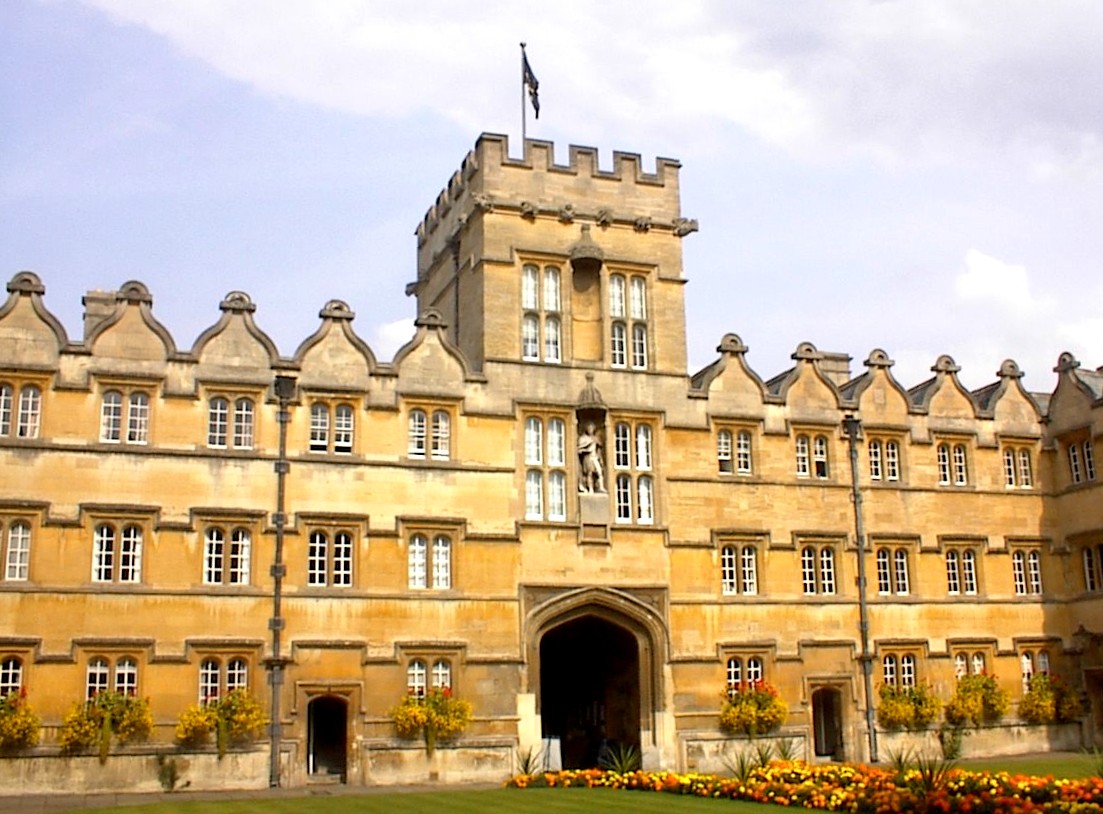 The title of this post sounds like it might belong to a story by Agatha Christie or Dorothy L Sayers. But in this case, we know whodunnit from the start. It begins with a letter penned by John Fulljames, a nineteen-year-old undergraduate at University College, Oxford, around midday on 17 May 1940. He’d been invited to dinner that evening by another undergraduate, David Pope. In the letter Fulljames wrote:

Dear David
Thank you for your invitation. I am sorry if you have ordered my dinner, but I am afraid I shall not be able to come to Oriel to-night. Probably an unforeseen engagement will detain me during this time in durance vile. Still. Iron bars, &c, or is it stone walls? All the best.

Shortly after writing the letter Fulljames picked up a Lee Enfield .303 rifle he’d borrowed from another student, leaned out of the second-floor window of his rooms overlooking the college’s front quadrangle, and opened fire on some students emerging from the college hall after lunch.

His first two shots hit Charles Moffat in the neck and body, killing him instantly. Moffat’s friend, Denis Melrose, saw his friend fall, thinking at first he was playacting. When he went to help he was hit in the chest, saved only by the bullet ricocheting off the fountain pen in his breast pocket. Another student, a South African Rhodes Scholar named de Kock, was hit by a ricochet, as was a college servant.

The University College chaplain, John Wild, heard the commotion and ran out from the Senior Common Room to see at what was going. Britain was officially at war with Germany and the Battle of Britain would begin in earnest just a couple of months later. Could it be that German paratroopers had landed in Oxford? But this was not the first skirmish in an invasion.

Demonstrating considerable bravery, Wild approached Fulljames and persuaded him to lay down the rifle. Fulljames was taken into police custody and the investigation revealed that he’d had several disputes with his fellow undergraduates. He was convinced that one of them (it’s not clear if this was Moffat or Melrose) was been playing loud music and entertaining women in his room, with the sole purpose of annoying him. But the real spark seems to have been an argument over breakfast that morning, in which Fulljames defended conscientious objectors when Melrose and his friends were disparaging them.

While awaiting trial, Fulljames was examined by a psychiatrist and diagnosed with paranoid schizophrenia. He was tried at the Stafford Assizes and found ‘Guilty but Insane’. Escaping the death penalty, he was sent to Broadmoor, the high-security psychiatric hospital in Berkshire.

But his stay at Broadmoor was a relatively short one. Fulljames was released in 1945 and seems to have passed the rest of his life in obscurity. He died in Cardiff in 2013 at the age of 90. The murder on the quad remains a strange and tragic footnote to Oxford’s wartime history.

[The factual information in this post is gleaned from Robin Darwall-Smith’s A History of University College, Oxford, and from the Times archive. The photograph of the University College front quadrangle is courtesy of Wikimedia Commons.]