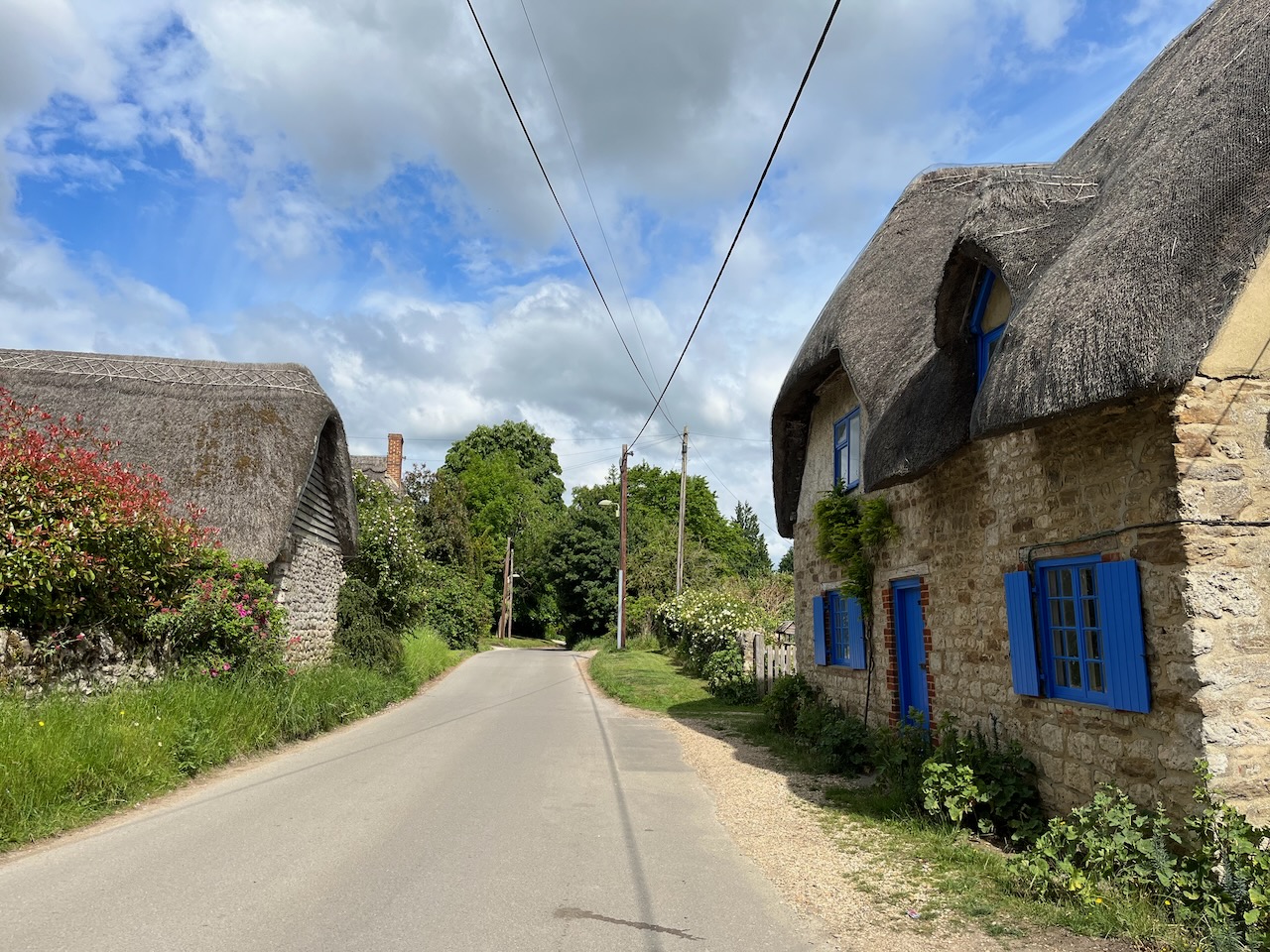 In 1874 John Ruskin, art critic, Fellow of Christ Church, and Slade Professor of Fine Art, was riding out in the countryside around Oxford when he noticed the terrible state of the road that ran through the village of North Hinksey. Reflecting on this, Ruskin had the notion that a spot of road-paving would be just the thing for Oxford undergraduates. Not only would the exercise improve the village amenities but it would also teach the young men of the University something about ‘the pleasures of useful muscular work’.

Ruskin recruited about a dozen young men, mostly from Balliol College, and set to them to work under his supervision. In a letter to his friend Henry Acland, Ruskin characterized the project in terms of beauty as well as utility:

Now that country road under the slope of the hill, with its irregular line of trees sheltering it not darkening it, is capable of being made one of the loveliest things in this English world by only a little tenderness and patience, in may labour. We can get all stagnant water carried away of course, and we can make the cottages more healthy; and the walk, within little time and slight strength from Oxford, far more beautiful than any college garden can be.

In addition to paving the road, the Diggers, as they became known, were instructed by Ruskin to plant flowers along the banks and lay a village green, Ruskin also sought to encourage the villagers to tidy the moss and weeds from their cottage doorsteps.

The project attracted much mockery at the time and some University wags would stroll out to North Hinksey on an afternoon to amuse themselves by watching and teasing the amateur navvies. The mockery only increased when the scholars proved unable to lay the paving stones correctly. Even Ruskin had to admit that the only level parts of the new road were due to the efforts of his gardener, summoned from the Ruskin country house.

As I heard that those who obeyed [Ruskin’s] call had a good chance of being invited to breakfast by him, and I was most anxious to meet the great man, I went forth and for a long afternoon shovelled away the mud under the prophet’s eye. I found the toil more tiring and less attractive than rowing and equally unproductive; for he never asked me to breakfast; and as Troy’s wall was taken at the place where a mortal had built it, so — as I heard afterwards — a farmer’s cart lost a wheel on our road at the place where my hands had laboured.

(An Oxonian Looks Back – LR Farnell)

Not all the scholar navvies were as dryly cynical about the exercise as Farnell. Some were genuinely inspired by Ruskin’s fusion of aesthetic and social concerns. Among them were Arnold Toynbee, the historian and social reformer, and Hardwicke Rawnsley, priest and founder of the National Trust. A more improbable member of the gang was Oscar Wilde. Recalling the undertaking five years later, Wilde wrote:

So out we went, day after day, and learned how to lay levels and to break stones, and to wheel barrows along a plank—a very difficult thing to do. And Ruskin worked with us in the mist and rain and mud of an Oxford winter, and our friends and our enemies came out and mocked us from the bank. We did not mind it much then, and we did not mind it afterwards at all, but worked away for two months at our road. And what became of the road? Well, like a bad lecture it ended abruptly—in the middle of the swamp. Ruskin going away to Venice, when we came back for the next term there was no leader, and the ‘diggers’, as they called us, fell asunder.

(‘Art and the Handicraftsman’ – Oscar Wilde)

Twenty years later, Wilde had to take up a pick and shovel again, when he was sentenced to two years’ penal servitude with hard labour following his prosecution for gross indecency

The poor workmanship meant that the efforts of the Diggers were soon erased. The final verdict of the district surveyor was that ‘the young men have done no mischief to speak of’. The only trace of Ruskin’s efforts in North Hinksey now is the cottage known as Ruskin’s Cottage, named so not because he ever stayed there but because he admired its simple, rustic beauty.