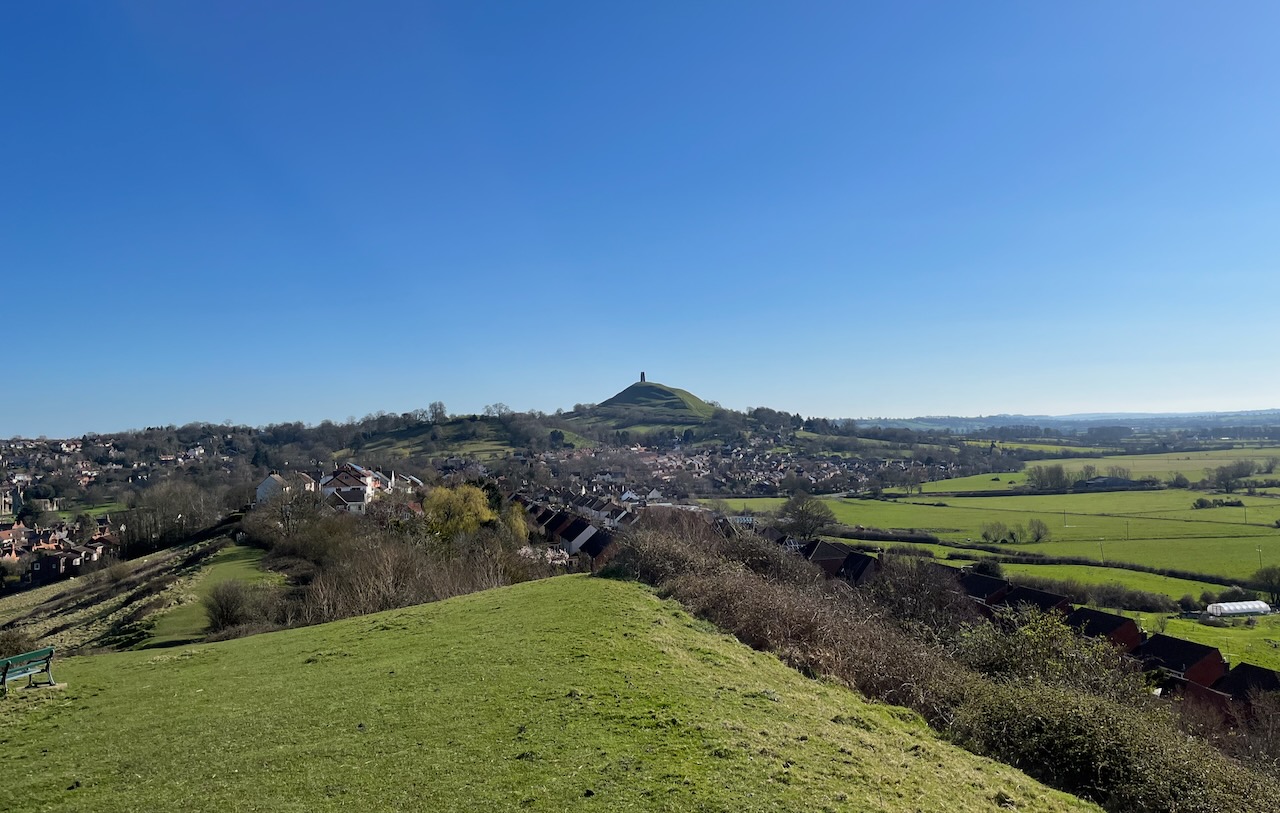 On a recent trip to Glastonbury, I noticed a couple of reports in the local newspaper about the sabotage of water management infrastructure on the Somerset Levels. One of the stations that pumps out the water from the network of drainage channels, known in Somerset as rhynes, was blown up with an IED, causing flooding of the surrounding land. In another incident, a stolen digger was used to breach one of the embankment walls of the River Parrett, again leading to extensive flooding. The press coverage was brief and all it added to the barest facts was that the Avon and Somerset Constabulary was ‘keeping an open mind’.

The enterprise of reclaiming the Somerset Levels from the element of water and then protecting them from inundation has gone on for centuries. Long ago, this area of the West Country was virtually an inland sea, and the Isle of Avalon, with Glastonbury Tor at its heights, was its dominant feature. Water and its management has a social and historical significance in this part of the world unmatched anywhere in Britain except for the Fens.

While the newspapers and the police may have been low-key in their responses, in the town I found a more unsettled reaction. There were dark mutterings in the shops and the pubs about an underground organization known by the initials of MGAA, standing for Make Glastonbury Avalon Again. As an outsider, I had no idea what that meant or how the group was linked to those acts of sabotage.

I tried making some discreet enquiries but was met with incomprehension, silence and, in some cases, hostility. And whoever and whatever the group was, it had no digital presence: no social media accounts, no email addresses, no search results. It was a chance meeting in a café on Glastonbury High Street that eventually brought me into contact with them. I was reading, or should I say re-reading, my battered copy of Geoffrey Ashe’s King Arthur’s Avalon, when I heard a low voice say, ‘He will return’.

I looked up and saw a bearded young man looking at me from a nearby table.
‘Geoffrey Ashe?’ I said, knowing that Ashe had died earlier this year and wondering if he hadn’t heard the news.
He shook his head. ‘No, the king. Restore Avalon and the king will return.’
‘Ah, you mean King Arthur.’ I said.
He smiled the smile of the initiate and rose from his chair, pausing by my table only to pass me a small card.
‘Wait a minute,’ I said, but he only laughed and left the café.

I sprang up from my chair, about to follow him, but then remembered I hadn’t paid for my coffee. By the time I’d done so he’d have been out of sight. I sat down again and looked at what he’d given me. It was the size of a business card, matt black, and on one side were the letters MGAA in silver. On the other, in smaller type, the following: ‘All written communications to be left in the copy of Dion Fortune’s Avalon of the Heart in the quiet room of the Magdalene Almshouses.’ At last I had an entry point.

The Royal Magdalene Almshouses are attached to St Margaret’s Chapel on Magdalene Street in Glastonbury. It took me only a few minutes to walk there. I found the room and the book, and left a note there, asking for a meeting with the MGAA leadership. I told them that I had to leave the town in a couple of days, that I would like to learn more about their campaign, and assured them that I would keep their identities secret. I gave them my mobile number and my hotel address.

There were no other notes left in the book, which I took as a sign that it was checked regularly. As I left I couldn’t help scrutinizing the gardener working on a flowerbed. Was he an agent of MGAA? Was it his job to check the book? He looked up from his plants, apparently aware that I was examining him, coughed, and spat into the soil. I decided not to approach him but left the almshouses and waited impatiently for a response.

It came the following morning. When I went downstairs to breakfast, the receptionist called out to me. ‘A grubby-looking gentleman left this for you early this morning,’ she said frostily, holding out an envelope between her thumb and forefinger, as if she thought she might catch something from it. It was clear at that moment that my reputation among the hotel staff had taken a tumble. I was now known as an associate of ‘grubby-looking gentlemen’. The envelope too was grubby and creased, as if it had been carried by hand across fields and along tracks. I thanked her and sat down at my breakfast table to read the letter it contained.

The message was short and to the point. I was invited to meet two representatives of MGAA at noon in a room above an esoteric bookshop on Glastonbury High Street. They were aware of my blog (this blog) and appeared to assume that while I mightn’t be wholly sympathetic, I wouldn’t be hostile. It was impossible to know if that was true or not because I still knew nothing of their purposes.

I arrived at the bookshop at the appointed time and, after showing the letter of invitation to the woman at the counter, was taken to an upstairs room. The curtains were drawn and the only light came from a single candle. There was a sweet scent of incense and something more earthy beneath it. A man and a woman, both young, perhaps in their twenties, I guessed, sat on a sofa covered with a red and green throw. I say, ‘guessed’, because they were both wearing ski masks. And both were dressed as if for action, clad in black sweaters, cargo pants, and boots.

I was invited to sit in a chair opposite the pair.
‘So you want to know more about us?’ the woman said.
‘Yes, I do.’
‘So you can attack us?’
‘No.’
‘So you can shop us to the police?’
‘Certainly not!’
‘Then why? Do you want to join us?’
‘Well, if I knew what you’re trying to do…’
‘And then what? When you know what we’re trying to do?’
‘I don’t know.’ This wasn’t going how I’d planned or expected. I was the one being questioned.
The woman looked at the man. ‘Why are we here? What’s the point?’
‘We need to start communicating our aims,’ he said. ‘The mainstream media won’t take us seriously at the moment so we have to start somewhere.’
‘Yes, somewhere,’ she said, looking at me. I could imagine the withering look concealed under her ski-mask.
The man took a piece of paper from his pocket and unfolded it. ‘We’ve prepared a statement. I’ll read it first and then you can ask questions.’ He cleared his throat.

‘The world is in crisis. Nature is in crisis. Our island is in crisis. Humanity has been diverted from its true path and lost touch with its true nature. In ancient times, St Collen was invited by Gwynn ap Nudd, king of the fairy folk, to visit his castle on Glastonbury Tor. This Christian fanatic betrayed the king’s hospitality by scattering so-called holy water throughout the castle, causing it and its inhabitants to vanish. The human race and the fairy race were split asunder, and Gwynn ap Nudd and his court left Glastonbury.
‘Then, in later times, the waters that surrounded the Isle of Avalon were drained, banishing the water fairies, including Nimue, the Lady of the Lake. Avalon was desacralized, its borders erased. But it endured as a myth and a spiritual locus. Even the Christians had to recognize that eventually. Now, at this moment of existential crisis, it is time to restore the physical Avalon, to bind it once again to the Avalon of the heart, ushering in a new era.
Make Glastonbury Avalon Again!’

We were all silent for a moment. I felt the onus to say something was on me. ‘One of your supporters said to me yesterday, “Restore Avalon and the king will return”. I thought he was talking about King Arthur but I suppose he meant Gwynn ap Nudd.’
‘Both kings will return,’ the man said. ‘The human king and the fairy king. Two races of beings, two kings, you see.’
‘But when Arthur does return he’ll have to change his ways,’ the woman said. ‘All that toxic masculinity, that controlling relationship with Guinevere, that phallic sword-waving — that’s over. He’ll have to understand that the Earth goddess reigns over all kings, be they human or fairy. Both Gwynn ap Nudd and Arthur must acknowledge her primacy.’
‘And so,’ I said, ‘your group blew up the pumping station and breached the dyke with the aim of restoring Avalon by turning Glastonbury into an island again?’
‘Yes,’ they said in unison.
‘And once that’s achieved, everything else will follow?’
‘Yes,’ the woman said. ‘The cosmic balance will have been restored, the sacred waters will surround the island, the kings and their courts will return.’ She glanced at her watch. ‘We must go.’
‘How many of you are there?’
‘Enough,’ the man said. ‘And we have to be careful who we admit. There are police spies, NFU spies, and Natural England spies all trying to infiltrate us. At first, we wanted to build a mass movement. We set up a website and social media accounts. We had t-shirts and caps printed with the MGAA initials. But we soon realized we’d all be rounded up and arrested if we were open about it. This sacred work must be the work of a vanguard, a few totally dedicated people.’
‘What’s next for you?’ I said.
‘Those incidents were just practice runs. The real campaign starts this year.’
‘Aren’t you afraid you’ll get arrested — or lynched by farmers whose land you’ve submerged?’
He shook his head. ’We’re on the right side of history.’
‘And we have the goddess and the fairies on our side,’ the woman added.

I had to wait in the room when they left so that I couldn’t follow them. I heard them lock the door behind them. It was twenty minutes before the bookshop owner let me out. Feeling quite light-headed, I walked through the town and up to the summit of the Tor. I stared out across the Somerset Levels. All that flat land waiting to be inundated. I tried to imagine what it looked like back in the days of Avalon. And I wondered if the two kings, Arthur and Gwynn ap Nudd, were waiting and watching too.

I’ve had no more contact with the MGAA people since that meeting. But I’m checking the Somerset news sites every week for more reports of water management sabotage. Can they really make it happen?