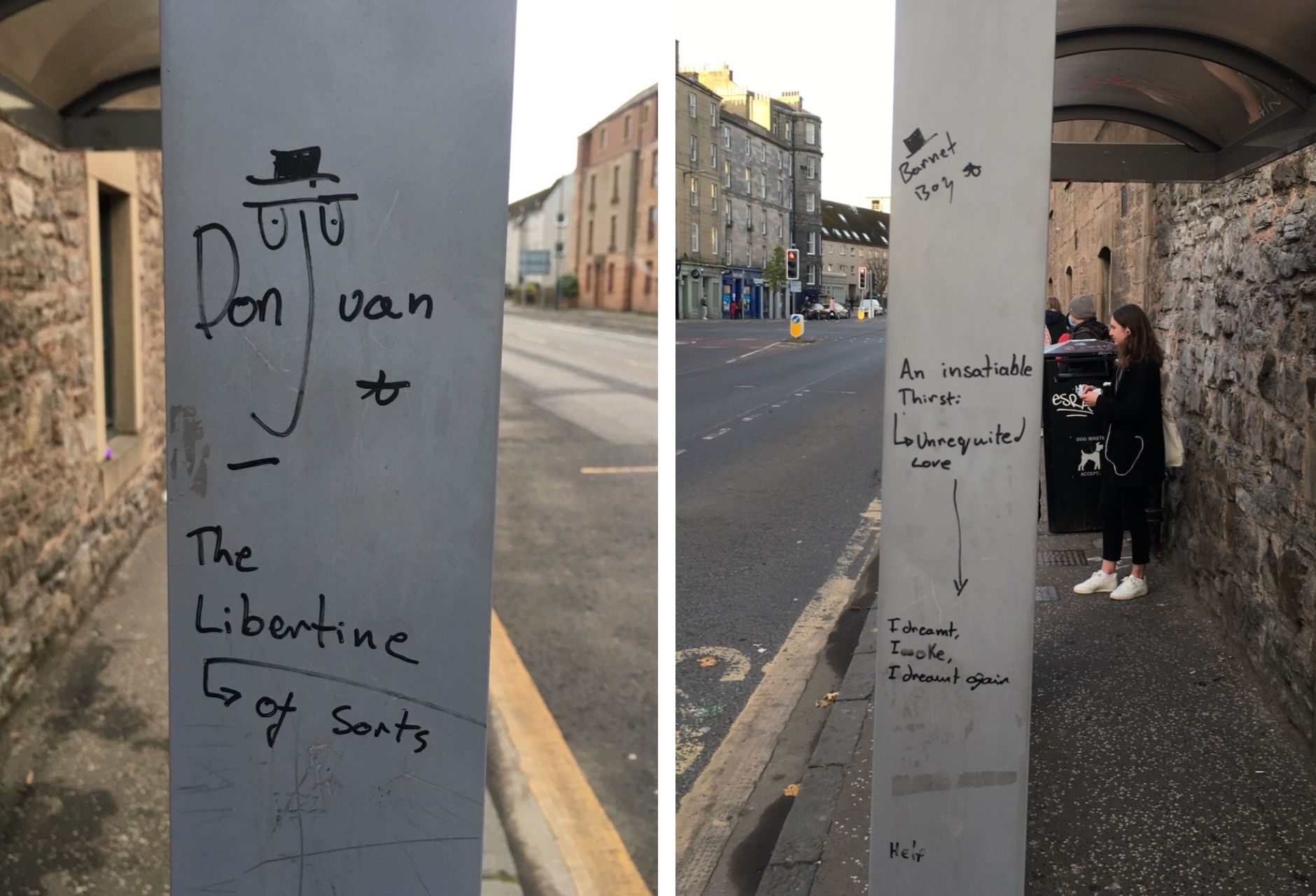 The execution is poor, I grant you, but I was intrigued by these graffiti bookending a Leith bus stop. Don Juan, the Libertine of Sorts, at one end and Barnet Boy, a martyr of unrequited love at the other. The two extremes, the libertine and the romantic. Are there two persons recorded here, or two facets of the same person? They have similar hats, after all. And the libertine and the romantic cohabit within many of us. Though the relationship between the personas may be more asynchronous. Barnet Boy became Don Juan in reaction to the disappointments of love. Or the Libertine of Sorts fell in love with one he couldn’t have. Such drama at a bus stop.