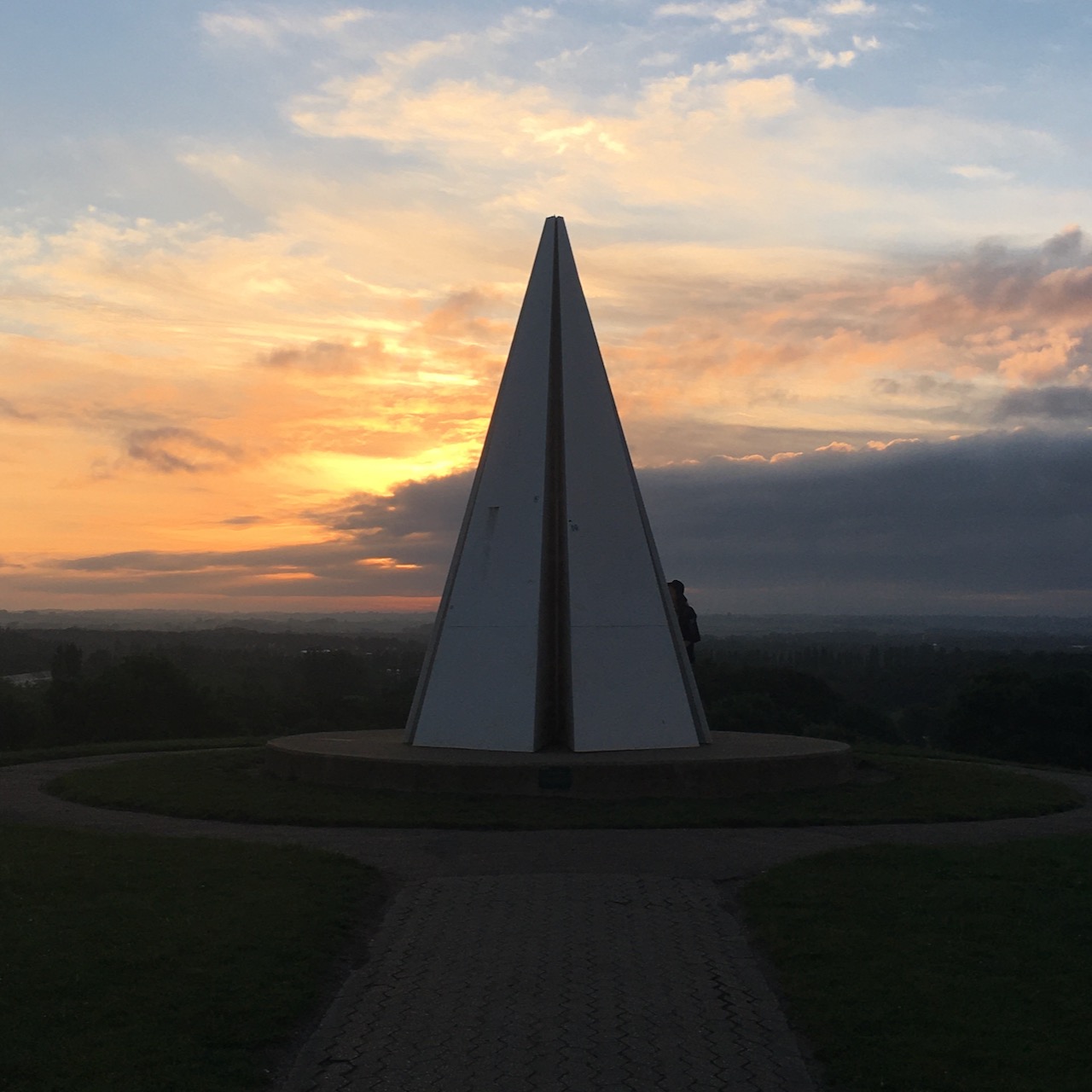 On the face of it, Milton Keynes is a model of rational town planning, built from scratch fifty years ago on twenty-two thousand acres of farmland. Laid out in a North American (or if you prefer, a Roman) grid pattern, it was intended to relieve housing demand in London and embody a new mode of twentieth-century urbanism. But while MK may be modernity incarnate, its steel, concrete, and glass conceal more atavistic design influences.

Derek Walker was appointed in 1970, at the age of just thirty-seven, to be the chief architect and planner of the Milton Keynes Development Corporation. Walker was the guiding spirit of the new town and led its team of architects, planners, and builders. He was also a young man of his time, aware of the counterculture if not exactly part of it. Walker was deeply influenced by the writings of John Michell, the originator of the Earth mysteries trend in counterculture philosophy (see my post about Michell’s seminal book A View Over Atlantis). According to his Times obituary (he died in 1975), Walker ‘once tore up the plan for the sewers and redesigned them over a weekend using the route of an ancient ley line that he had just walked’.

Walker’s regard for Michell’s theories influenced much more than the town’s sewers, however. The foundational decision was how to orient the street grid system. Look at a map and you will see that the Milton Keynes pattern is not a simple north-south, east-west grid. After consulting with the Greenwich Observatory and making his own observations and measurements on the ground, Walker decided that the central axis of MK, to be named Midsummer Boulevard, would align with the rising sun on the summer solstice.

I’ve been meaning visit Milton Keynes to greet the summer solstice for a long time. This month I finally got round to it. Early on the morning of 21 June, I left my hotel and wandered up the deserted Midsummer Boulevard, heading for the park at its eastern end. Here, on the crest of a small hill that looks out over the surrounding countryside, is the sculpture called Light Pyramid, erected in 2012 to replace a beacon which was struck by lightning ten years before.

I had no idea what to expect when I reached the Light Pyramid. And if there was a gathering of some kind, would it be a pagan bacchanal or something more sedate? The writer John Higgs came here in 2015, when he was travelling the ancient road of Watling Street (a journey recorded in his book of the same name) and found just thirteen people gathered, one of them strumming a guitar. Stonehenge it wasn’t. I arrived a few minutes before the official 4.42 sunrise and found a group of about thirty people plus a dog, though sadly no guitars.

Overall, the demographic was more Saga Holiday than Glastonbury Festival, but it was pleasing to see two young women with flowers and greenery in their hair. Though the rain had held off, the sky was overcast and there was to be no dazzling sunburst illuminating the Light Pyramid and then casting great shafts of light down Midsummer Boulevard. Nature moves at its own pace. Pink and yellow layers of light crept through the clouds and changed, a few minutes later, into a white-centred haze of yellow and orange, like an inverse fried egg. It felt less like a climax and more like a beginning. But I was glad I’d dragged myself out of bed.

By 5.00 the little gathering had broken up. I chatted to the only other person left, a young woman born in Milton Keynes, who usually goes to Stonehenge for the summer solstice, where she sings in a choir. English Heritage has of course banned that celebration for the last two years. We went our separate ways, she to the Buddhist pagoda in the park, me to walk to the western end of Midsummer Boulevard, where the mirror glass facade of Milton Keynes Central railway station waits to be lit up by the solstice rays — though not on this particular cloudy midsummer day.

Over the years, I’ve met a lot of people of who grew up in Milton Keynes or moved there later in life. Without exception, they love the place. It’s spacious, verdant, and unlike most English towns, has reached an accommodation with the motor car while managing to be pedestrian-friendly. But visually, aesthetically, it’s dull and fairly monotonous. MK’s magic, if it has any, derives from its semi-hidden design as a kind of urban solar temple, a modern link to our ancient past.

[For more on MK as a solar temple, see this post by Sian and Jackie.]