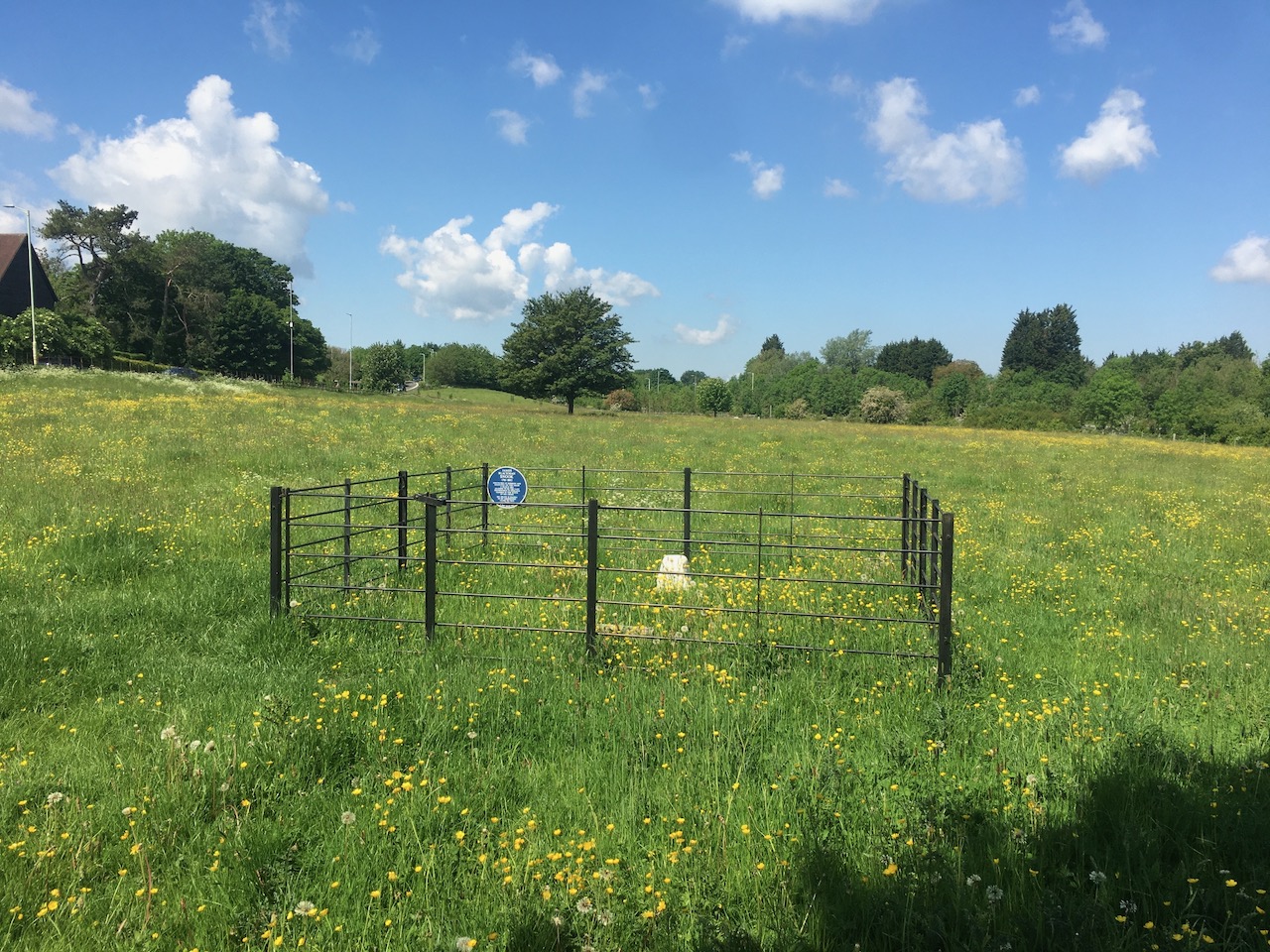 Boxmoor Common is a pleasant place for a stroll on a warm spring day, verging on the bucolic were it not for the constant rumble of traffic from the A41 on its southern edge. Commons are places of recreation today, suitable for dog walking, bike riding and rambling. Go back a few centuries though and the common on the edge of the town could be a haunt of outlaws and a setting for villainy, especially after dark.

Late one Sunday evening in May 1801, Robert Snooks, who had graduated from horse-thief to highwayman, lay in wait for John Stevens, the post boy carrying the mail bags from Tring to Hemel Hempstead. Snooks had worked as an ostler in nearby Hemel Hempstead, and must have been familiar with the mail boy’s routine. Mounted on a grey horse and brandishing pistols, Snooks relieved Stevens of six mail bags. Having ransacked them and found some of the letters contained money, Snooks made off with a haul of between £80 and £500, depending on which source you read. Before heading to London, Snooks made his first fatal error, by chucking away a saddle with a broken strap on the common. Unfortunately for him, witnesses had seen him trying to fix the same saddle earlier in the day at the King’s Arms in Berkhamsted.

Up in London, Snooks made another mistake. Wanting to buy some cloth, he mistakenly gave the serving girl a fifty pound note instead of a fiver. The shopkeeper reported the high denomination note to the authorities and it was identified as one of the bank notes stolen on Boxmoor Common. By now, news of the robbery had spread and Snooks had a reward on his head. Leaving London, Snooks returned to his usual filed of operations, the road between Bath and Salisbury, and it was here that he was captured seven months later, in December 1801.

In a coincidence that would stretch credulity if used in a novel, Snooks was recognised in the Marlborough Forest by the driver of a post-chaise, William Salt, who happened to have attended the same school as him when they were growing up in Hungerford. With the help of his passengers Salt arrested Snooks. He was taken to Newgate prison in London and from there to the town of Hertford where his trial took place. The evidence of the broken saddle and the fifty pound note was sufficient to convict him and Snooks was sentenced to be hanged in chains, a particularly cruel form of execution, in which the convict was enclosed in a cage, hung from a post and left to die of either starvation or exposure. After a petition of local townsmen was heard, the sentence was commuted to a plain and simple hanging. The place of execution was to be the place of the crime, as was often done at the time.

It was a festival day in Boxmoor on 11 March 1802 when Snooks was brought form Hertford gaol to Boxmoor Common. A local holiday had been declared and a huge crowd had gathered for the entertainment. Snooks was allowed the customary final drink before his appointment with the gallows and local legend has it that he took it at the Swan Inn, now an antiques shop. With grim humour he told his guards, ‘it’s no good hurrying — they can’t start the fun until I get there’. When he did finally get there, Snooks offered his gold watch to anyone who would ensure that he received a decent burial. Surprisingly, there were no takers.

And so Snooks was hanged from a horse chestnut tree on the common. His body was taken down and thrown into a grave lined with straw, though not before the hangman had tried to strip it, claiming Snooks’ clothes as his due. The High Constable stepped in to prevent this and the grave was filled in with no more ceremony. What happened to the gold watch is not recorded. On the following day the townsfolk seem to have had a change of heart: Snooks’ corpse was disinterred, placed in a coffin, and reburied,

Snooks never possessed the glamour or semi-heroic status of a Dick Turpin figure. Rather he appears to have been incompetent and rather stupid. Still, in 1904 the Box Moor Trust decided to mark the approximate spot of his execution and burial with the white headstone that can be seen on the common today. A footstone was added in 1994, as a somewhat bizarre commemoration of the Trust’s four-hundredth anniversary. I can only assume the intention was to add a bit of local colour and intrigue for visitors. The ultimate heritage honour has now been bestowed and Snooks (christened James Blackman Snook) has his own blue plaque.

Both Wikipedia and the Hungerford Historical Association claim that Robert Snooks was the last man to be executed in England for highway robbery. This claim is disputed on the Executed Today website, which cites the list of public executions on the Capital Punishment UK website which seems conclusive. So Robert Snooks is not quite the last highwayman, though he is, so far as I can tell, the last highwayman to be memorialised, which is no mean achievement.