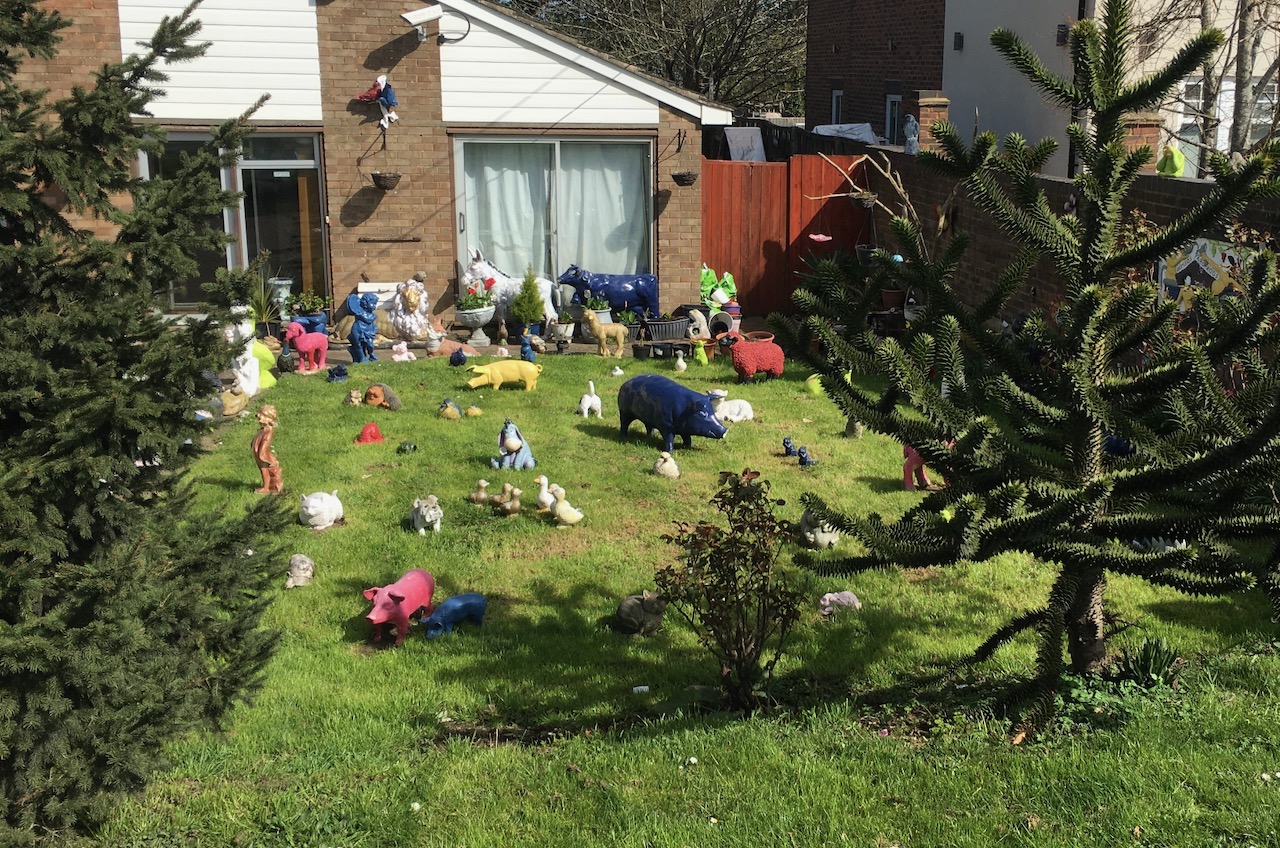 The house of every man is to him as his Castle and Fortresse, as well for his defence against injury and violence, as for his repose.

We all know that precept about an Englishman’s home being his castle, but as the quotation from Sir Edward Coke makes clear, a home is meant for repose as well as defence. Within the walls of their castle, the Englishman or Englishwoman’s garden may be a little Eden, a little Sissinghurst, or even a little Versailles. A garden should be a playground for the imagination as well as a balm for the body and soul. That imaginative urge may take a variety of forms, but if there’s one genre of kitsch in which the English, and indeed the British, excel, I think it’s ‘Small Garden Statuary’.

I passed this superb example in Weston Turville. I’m not being ironic, reader: I come to praise, not to mock. I love the exuberance and the craft of this display. Its humour is apparent, as is its serious intent, and it brightened my walk. There is, of course, the possibility, that the homeowners intended it ironically. Our entire culture is so steeped in irony, infected one might say, that it’s often hard to tell. Ironists are everywhere. But I hope it was constructed without a knowing wink and an eye on its Instagram potential. I suppose what I’m saying is that I like my kitsch to be authentic.