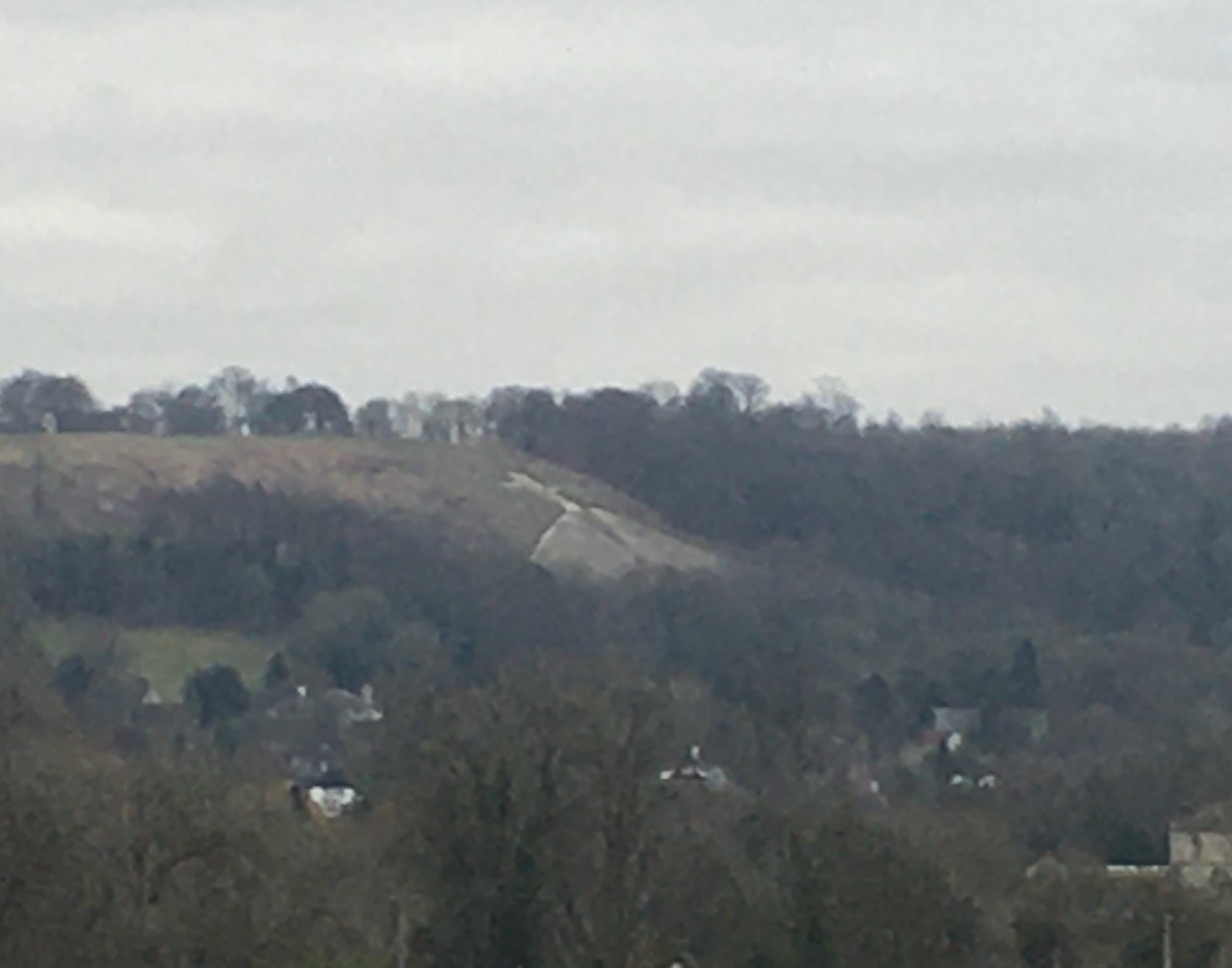 Nobody knows the age and origin of the Whiteleaf Cross for certain. In 1848, A Topographical Dictionary of England stated that:

A giant cross called White Leaf Cross, cut on the side of the hills near the village, is supposed to be a memorial of some victory obtained by the Saxons over the Danes.

A History of the County of Buckingham, published in 1908, attributed the hill figure to a much earlier time:

On the hills to the east of Monks Risborough is cut the probably prehistoric landmark, known as the Whiteleaf Cross, now well cared for by the owner of the Hampden estates.

But An Inventory of the Historical Monuments in Buckinghamshire, published in 1912, was less certain in its entry:

The two crosses cut in the chalk of the hill-side above Whiteleaf, Monks Risborough and Bledlow are interesting, but nothing definite is known as to their origin.

In their seminal book Mysterious Britain, published in 1972, Janet and Colin Bord linked the cross to ancient hill figures such as the Cerne Abbas giant and speculated that:

Whiteleaf Cross near Princes Risborough, Buckinghamshire, may originally have been an astrological or phallic symbol later reshaped into a cross.

For a current and more sceptical assessment, the Heritage England website is the place to go. The HE entry mentions yet another theory, that the cross was created in the later medieval period period, but concludes:

None of these theories, however, adequately explain the absence of any mention of the figure prior to 1742. If prehistoric in origin, then it is curiously omitted from a Saxon charter dated AD 903 which makes a clear reference to the hill itself. Similarly there are no records of the cross from the medieval or early post-medieval period. Perhaps, as has been suggested, the cross was created during the Puritan interregnum of the mid 17th century by local people under the direction of a local cleric as a substitute for other social activities then abolished.

That first mention of the cross in 1742 comes from the pen of Francis Wise, a librarian and antiquary, who worked in the Bodleian Library at Oxford. Wise’s theory was that it was indeed of Saxon origin and was made around 910 to mark Edward the Elder’s victory over a Danish raiding party at Bledlow, about four miles away. Wise seems to have been keen on Saxon origin stories for hill figures: another of his theories posited that the White Horse of Uffington commemorated Alfred the Great’s victory over the Danes at Ashdown in 871.

Leaving aside the historical dead-ends, what can actually be seen cut into the chalk of Whiteleaf Hill is a cross on a triangular base, 400 feet wide at its base and 200 feet high, best appreciated from a distance. That triangle strikes me as an odd, incongruous thing and makes me wonder if the Bords weren’t right to conjecture that the cross was inscribed over an earlier figure.

The allure of hill figures rests on their antiquity and ambiguity. The Whiteleaf Cross has none of the epic, other-worldly grandeur of the previously mentioned Cerne Abbas giant and White Horse of Uffington. It exercises a different, simpler magic. If it ever was proven no more than the product of a Puritan cleric’s scheme to divert his parishioners from maypole dancing and wassail, then the magic would be dissolved. Still, if the mystery of its origin was ever going to be solved, that would have happened by now. The Whiteleaf Cross endures as an enigmatic presence on the Chiltern landscape.