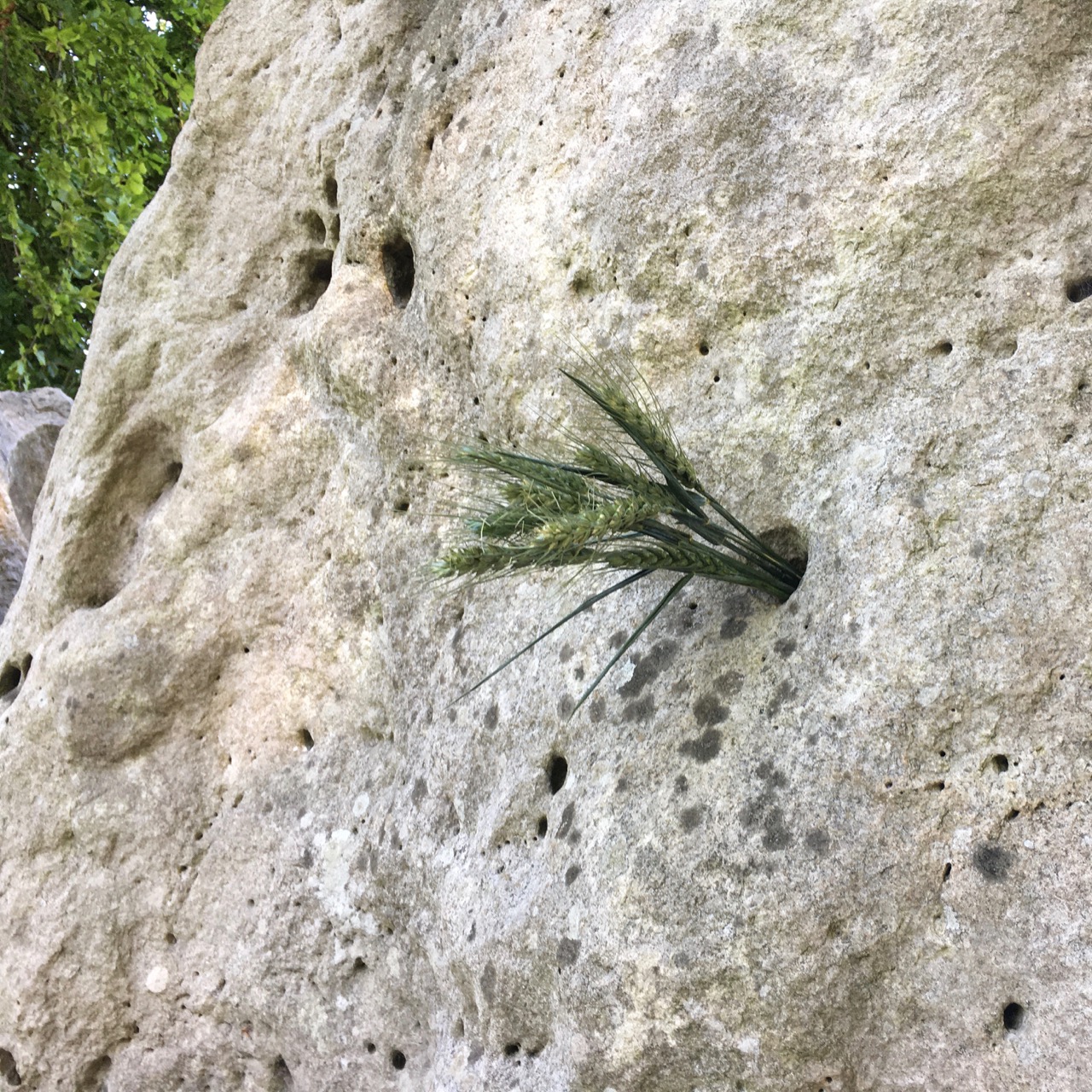 There were three men come out of the west, their fortunes for to try.
And these three men made a solemn vow, John Barleycorn would die.
They’ve ploughed, they’ve sown, they’ve harrowed, thrown clods upon his head
Till these three men were satisfied John Barleycorn was dead.
There’s beer all in the barrel and brandy in the glass
But little Sir John, with his nut-brown bowl, proved the strongest man at last.

A coda to my recent visit to Wayland’s Smithy. The standing stones have multiple circular holes drilled in them. I don’t what the purpose of these holes was, or whether they were part of the original design or added later. But I noticed that some ears of barley (or was it wheat? Barley, i think) had been placed in one of them. The remnant of some recent pagan rite, or a simple offering to a fertility goddess? Hard to tell. But I took it as a sign that someone was commemorating the ancient agricultural rhythms and cycles.

In the folk song ‘John Barleycorn’, the barley crop is personified in the figure of John Barleycorn.The sowing, reaping, and consumption of barley is symbolised in the  suffering, death, and resurrection of Barleycorn himself. The scholar Kathleen Herbert has identified Barleycorn with the mythical Anglo-Saxon character Beowa. I’d like to think that the clan that built Wayland’s Smith often toasted their own John Barleycorn figure with the beer or wine made from his body.