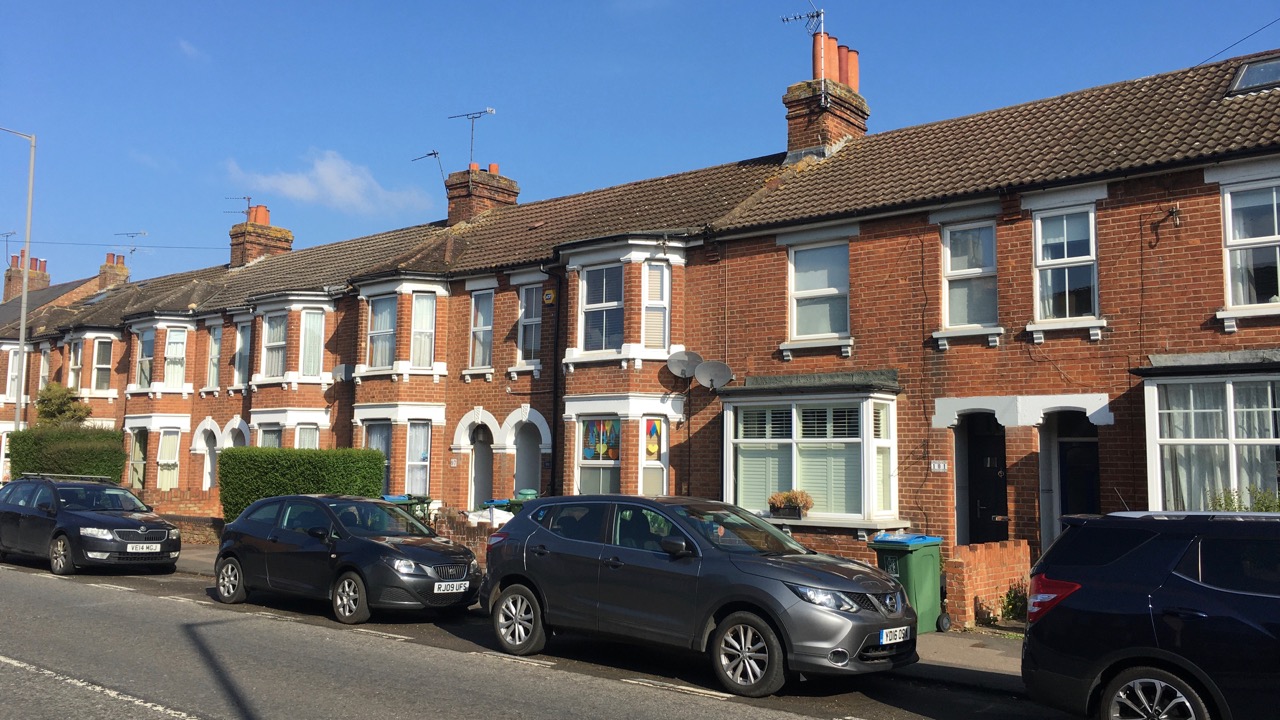 Every city, every town, has them. And if the planners and developers get their way, every village will too one day. Once you venture outside the ‘historic’ centre, meaning the bit that’s more than, say, a hundred and fifty years old, there are streets and stretches of Victorian terraces or Thirties semis or modern housing estates. The architectural styles may differ but they share a character:  alike, anonymous, anaemic. The streets, apart from the comings and goings of automobiles, are strangely silent given the population concentrations. Life goes on quietly, unexceptionally, behind the walls and doors and curtains. And so it has always done, for most humans: the daily repetition of work, feeding, and sleep, and the longer rhythms of ageing and reproduction.

Will Self’s short story, ‘The Quantity Theory of Insanity’, centres on the notion that there is ‘only a fixed proportion of sanity available to any given society at any given time’. I often wonder on my wanderings whether the same is true of history. To clarify, I don’t mean history in its broadest scope, defined by GR Elton, in his book The Practice of History, as ‘everything that men have said, thought, or suffered’. In that sense everything that has passed is history and history is constantly, inevitably being created. I have a narrower meaning in mind, specifically the events people, places, and objects from the past that are significant or interesting or both. In other words, the history that’s worth writing about, which after all is the primary purpose of this blog.

As I said, I wonder on my wanderings. Those of us who still commit to regular blogging — a dwindling band now that Twitter and Facebook have usurped many of the functions of old-school blogging and, let’s face it, involve much less work — and who haven’t adopted the confessional mode are always on the lookout for subjects that could prompt five hundred or a thousand words. In my case, it is history and places that provide the prompts and I can be pretty sure that if I walk through any of the aforementioned historical centres I’ll find something. (There are exceptions to this: in recent months I’ve drawn a blank in Chelmsford and High Wycombe but I’m sure I wasn’t looking hard enough.)

Wander down almost any street in the centre of London or Edinburgh or Oxford or Norwich, say, and there will be an event or a person associated with that particular place whose story can be told and re-told. Exit the centre and the pickings get thinner, until, when you reach the suburbs, there is almost nothing to be said, unless it’s about a visionary architectural project (and those are as rare as hen’s teeth) or a notable murder (ditto). All of which made me muse on a quantity theory of history. Perhaps there really is only a limited amount of interesting and significant history-stuff that can be generated in any age, and it bears no relation to population size. I’m always struck by the fact that China has more than 100 cities with a population of one million people or more, and yet only Beijing, Shanghai, and Guangzhou impinge on the Western consciousness. Of course, there has been some news out of Wuhan recently. But what, if anything, goes on in those dozens of other huge cities that is historically noteworthy? Do they even have any decent murders?

Enough of China. I should stick to what and where I know. England at the Reformation had an estimated population of around 2.8 million, small enough that every city, town, village, and family could participate in or be affected by those tumultuous events. The dissolution of the monasteries, the iconoclasm directed at cathedrals and churches, the replacement of texts and rituals, the banishment of saints, all had profound economic, social and cultural consequences, and at the same time were very real, very material at the local level. These were not distant events but affected almost everybody on the ground, so to speak. More to the point, they made history involving people and places. Would a similar social revolution today have such direct, local effects?

Could it also be that as human societies scale up they grow less interesting at the micro level? And that few truly significant things begin at the micro level in our age? Certainly in the UK there are fewer local centres of power. No municipal authority would dare to take on Westminster while Westminster provide almost all of its revenue. No regional aristocrat or peasant leader could raise an army to march on London. And a John Wesley or an Emmeline Pankhurst would spread their ideas through YouTube and Facebook, and not by preaching in the fields or lecturing in church halls.

The principal actors of contemporary society operate at the macro level, some of them literally inhuman, as in the cases of artificial intelligence, climate change, and COVID-19. History has become depersonalised, delocalised, insubstantial, and shimmers on the horizon, but never quite seems real. No drone will write a war memoir, no algorithm will get a biopic, and nobody will reminisce about the first time they saw a band on YouTube. (I even find myself unable to decide whether social media is a side show or one of the true drivers of change in our time.) Having rambled in search of a coherent argument and failed, I’ll leave it there.