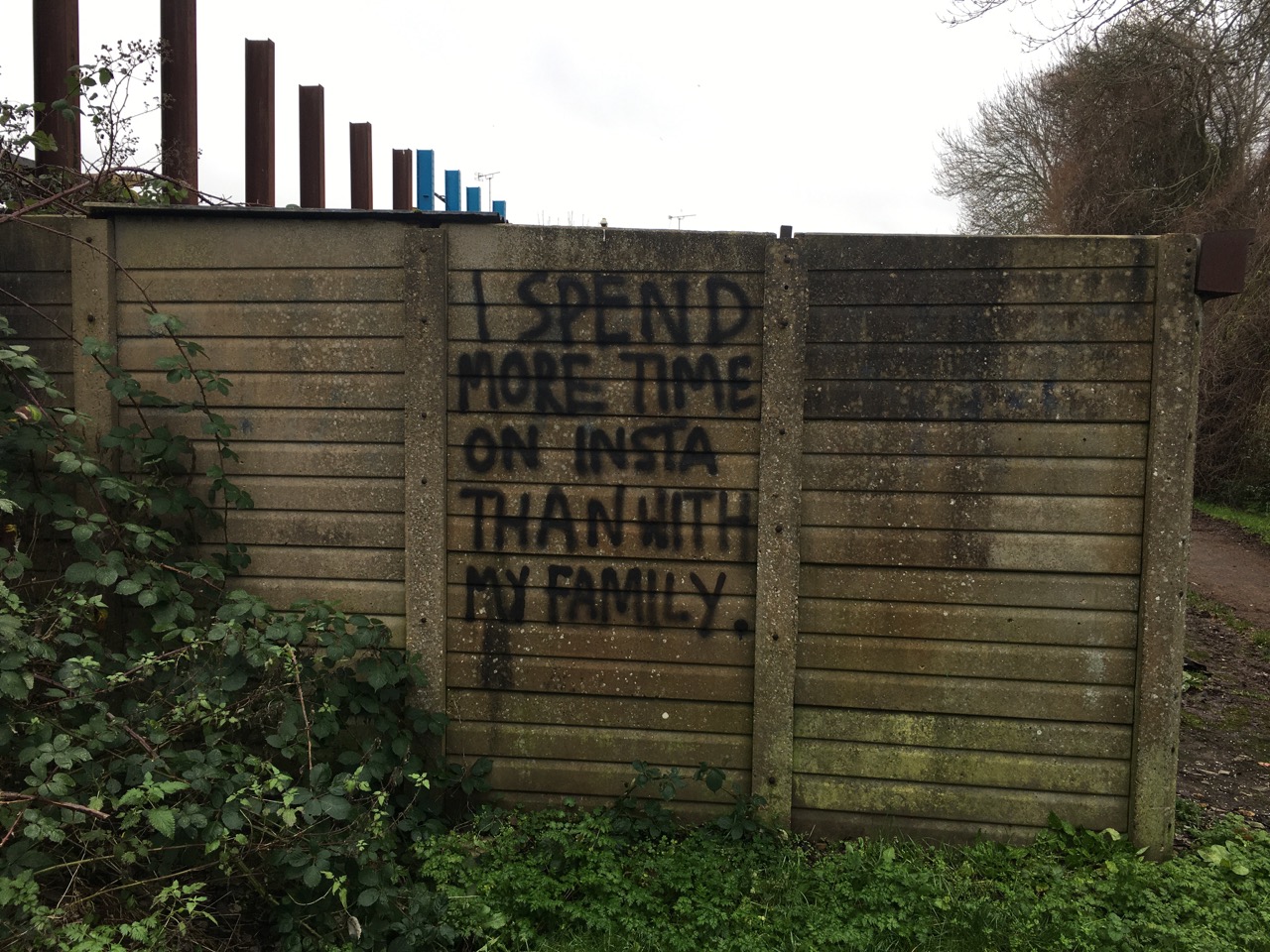 Some graffiti appeared near my home recently and it struck me that they were examples of a kind I hadn’t seen for a while. Almost the next thought that came to me, an act of off-the-cuff classification, was that there are three types of graffiti. No doubt there’s an academic field of graffiti studies with its own fine-grained taxonomy, but I know nothing of that. My evidence is what has been dredged from my memory. And so I thought of graffiti as either identity/territory marking (‘Dave woz ere’), personal declaration (‘Eric loves Julie’), or social messaging (‘Down with capitalism’).

Going further down the subjective road, it seems to me that graffiti of all kinds is less common than it used to be. Perhaps it’s the rise of social surveillance, mostly in the form of CCTV cameras, and of social media, which provides easier and less risky means of expression (and potentially greater reach).

The graffiti that appeared on the abandoned garages near my street is a rare and rather plaintive example of the third category. Social messaging happens almost exclusively on-line these days, so there is something touchingly quixotic about an attempt to engage the proletariat in this way. Unfortunately, the Sixties/Seventies radical vibe is let down by the banality of the slogans. The V for Vendetta symbol is wholly aspirational.

In any case, my ad-hoc classification scheme breaks down altogether when I consider my all-time favourite piece of graffiti. This appeared on a wall in Archway, the part of London where I was born and raised. Mysterious in origin, obscure in meaning, it was an ever-present of my childhood. Sadly time and weather have erased the writing on the wall but it was captured in a photograph by Roger Perry. Who, I often wondered, was Sam Surfer and why should we twitch for him? Even with hindsight, it’s impossible to say whether this slogan was identity/territory marking, personal declaration, social messaging, or even some tantalising mix of all three. It was and remains a mystery of the ages.