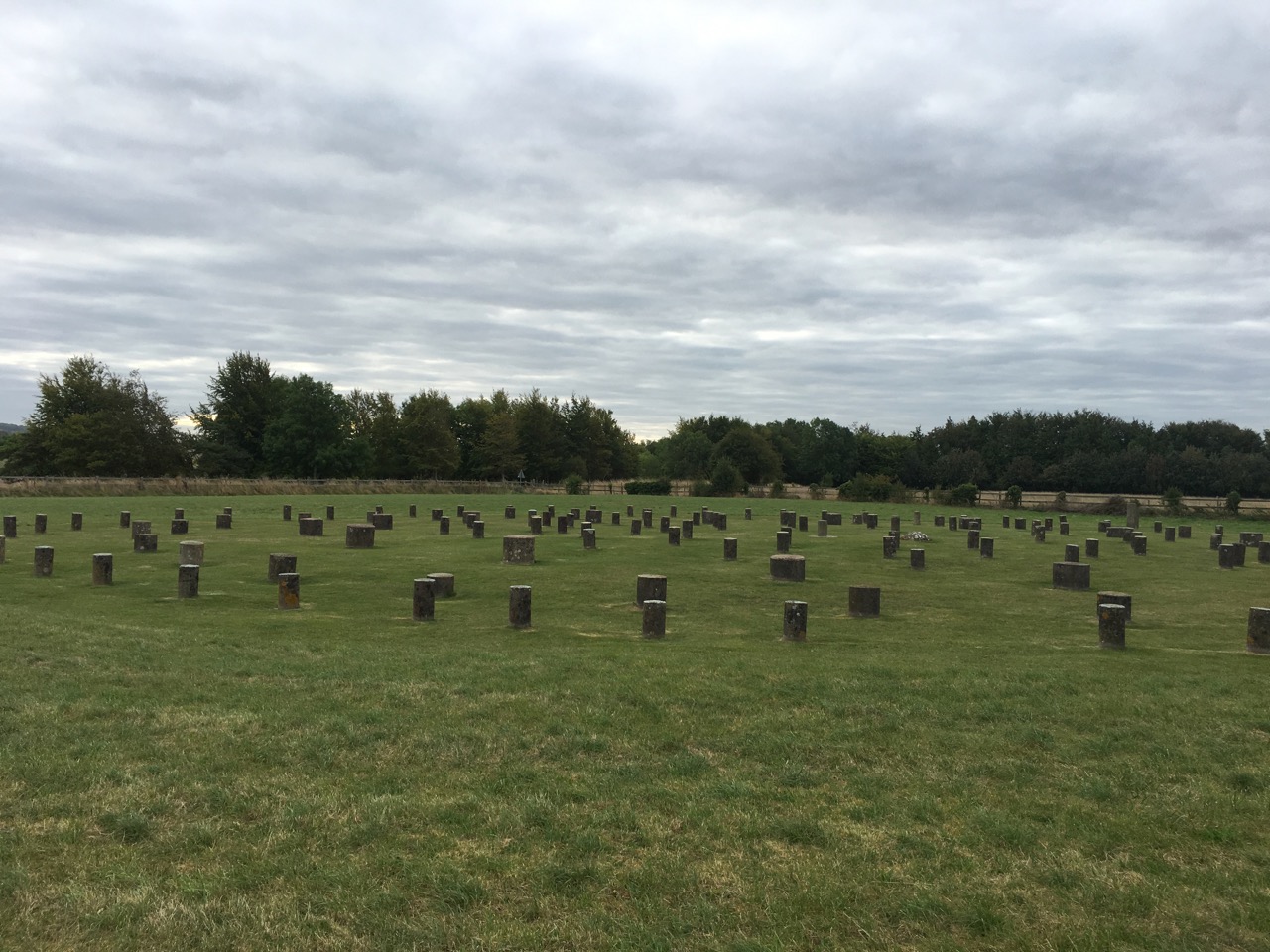 Stonehenge may be the best-known Neolithic monument in Britain but it has never stood in glorious, awe-inspiring isolation. In fact, it is situated within what archaeologists call a ritual landscape, defined by Frances Pryor as a ‘concentration of funerary and ceremonial monuments that were constructed in the Neolithic (4000- 2500 BC) and Early Bronze Age (2500-1500 BC)’. This particular ritual landscape on the southern Wiltshire downland covers several square miles and is packed with henges, barrows, and interconnecting avenues. Despite the predations of time and the plough, many of these material remains are still visible.

Two miles east of Stonehenge lies the site dubbed Woodhenge. It had been thought to be a large barrow (burial mound) by earlier historians, but when Group Captain Gilbert Insall of the Royal Air Force was flying over this part of Wiltshire in 1925, he noticed several dark spots in a field of wheat. Insall took a photograph nd further investigation showed them to be tsockets for the upright timbers of the original structure. The archaeologists Maud and Ben Cunnington excavated Woodhenge between 1926 and 1929, eventually buying the site and giving it to the nation.

Woodhenge has been dated at between 2,500 and 2,000 years old. The original timber structure comprised six concentric rings of posts, parts of which were probably roofed. Like all henges, Woodhenge is thought to be ceremonial in design, though the nature and purpose of those ceremonies is unknown and unknowable, though not beyond speculation. The archaeologist Mike Parker Pearson has studied this ritual landscape over many years and has posited a basic demarcation between the Domain of the Living, marked by wooden structures such as Woodhenge, and a Domain of the Ancestors, marked by stone structures, primarily Stonehenge. The ceremonial routes carved into the landscape marked out the transitions between the two domains.

The most striking discovery by the Cunningtons was the body of a three-year-old child at the centre of the circles, its skull split by an axe. The purpose of this apparent child sacrifice is as enigmatic as everything else about the site. Was the intention to propitiate or entreat the gods, or to convey the child to another world? The imagination reaches for meaning and context: was it a solemn or joyous occasion? Did chanting or wailing accompany the ritual act? Was the child afraid or excited, tearful or laughing? We cannot know. (According to Wikipedia the child’s remains were taken to London and then destroyed in the Blitz, which adds another sacrificial dimension to the tale.)

As human societies have developed, sacred spaces have shrunk from landscapes to buildings. We are all instrumentalists now, and land is far too economically valuable to be set aside for non-productive use. But reservations like Woodhenge endure and retain a powerful attraction, a power hat is difficult for us to articulate. Though I got there early in the morning I didn’t have Woodhenge to myself. A couple were enacting their own ritual in the centre of the circle, holding hands over the cairn that marked the child sacrifice and incanting words I couldn’t hear. Afterwards they walked slowly and solemnly round each concentric circle (now marked by concrete posts). It may have been new-age nonsense, but their private ritual had a significance for them, as Woodhenge does for us all, still.