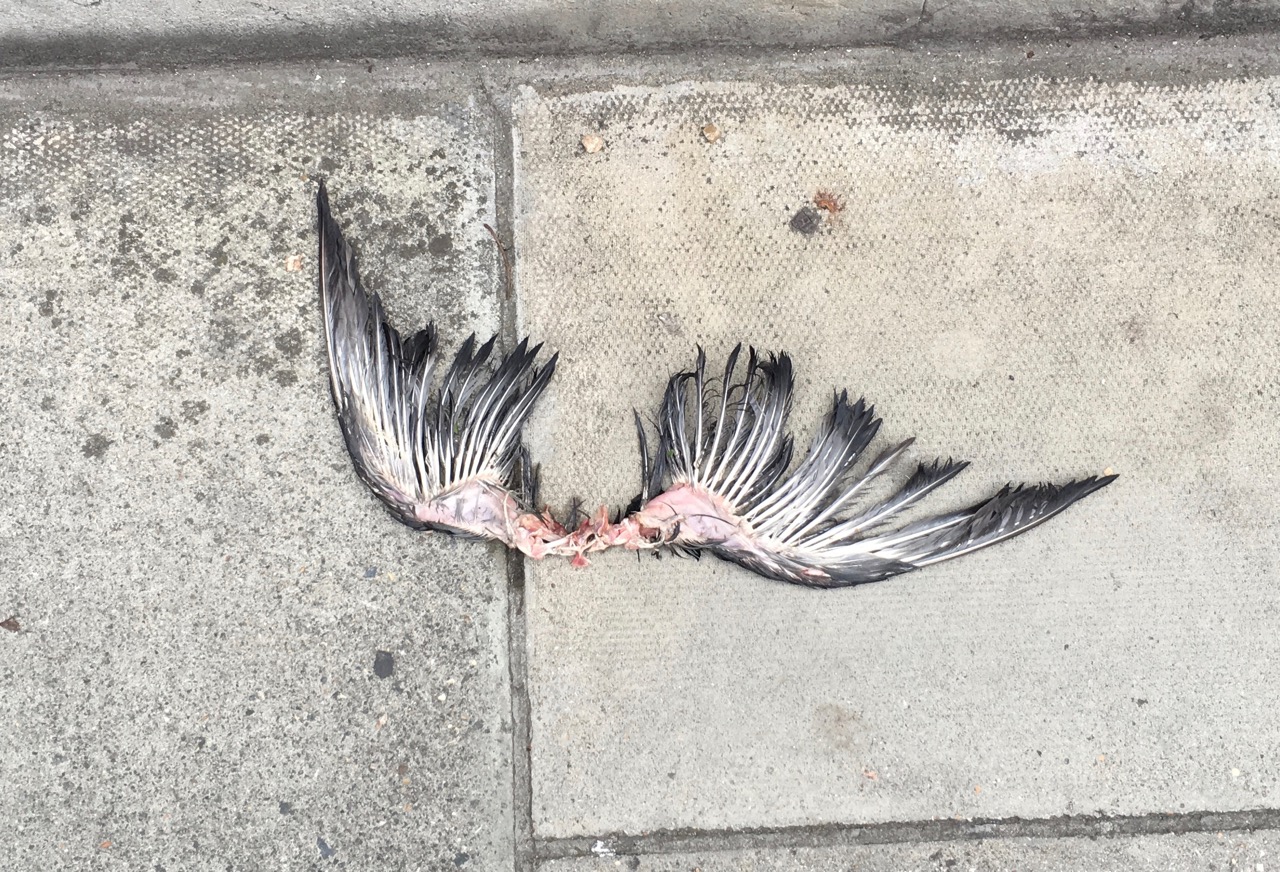 Flying through Fitzrovia, Cupid collided with a drone. He fell to earth in New Cavendish Street, landing in a bin filled with fast-food detritus. By the time he got himself out, his wing feathers were so tacky with grease, ketchup, and mayonnaise that he couldn’t fly. Staggering along the pavement, he was knocked back down by a man on a mobility scooter. Then a passing thief grabbed his bow and ran off with it.

Cupid called out to a police officer, but she didn’t have time to chase the thief as she was on her way to a meeting about street crime. She noticed his arrows however, the gold-tipped and the lead-tipped, and confiscated them.‘You can’t walk around with weapons like these,’ she said, letting him off with a caution because he was a minor.

Looking for somewhere to clean his wings Cupid crossed the road and was hit by a motorcycle courier. Dazed and half-dead he crawled back to the pavement and lay on his back. Overhead, two passing crows spotted the immobile child-god and swooped down to peck out his eyes. ‘Help me!’ he called out to the passers-by, but nobody stopped.

‘Save me, mother Venus!’ he cried and fainted. The crows gorged on the soft flesh of his face and belly, and flew off, sated. At dusk, a rat family emerged from a drain to dine on the rest of him. ‘Eat up children.’ the mother rat said. ‘You don’t come across a feast like this very often.’ By the time the rats had finished, all that was left was wings and bones. The neighbourhood dogs carried off the bones, cracking them for their marrow.

When Venus finally arrived all she found was her son’s wings. But Venus is a goddess and capable of many things. After she had regenerated Cupid, she told him, ’Fitzrovia used to be a happy hunting ground for you, my son, but avoid it in future. Leave them to Tinder.’