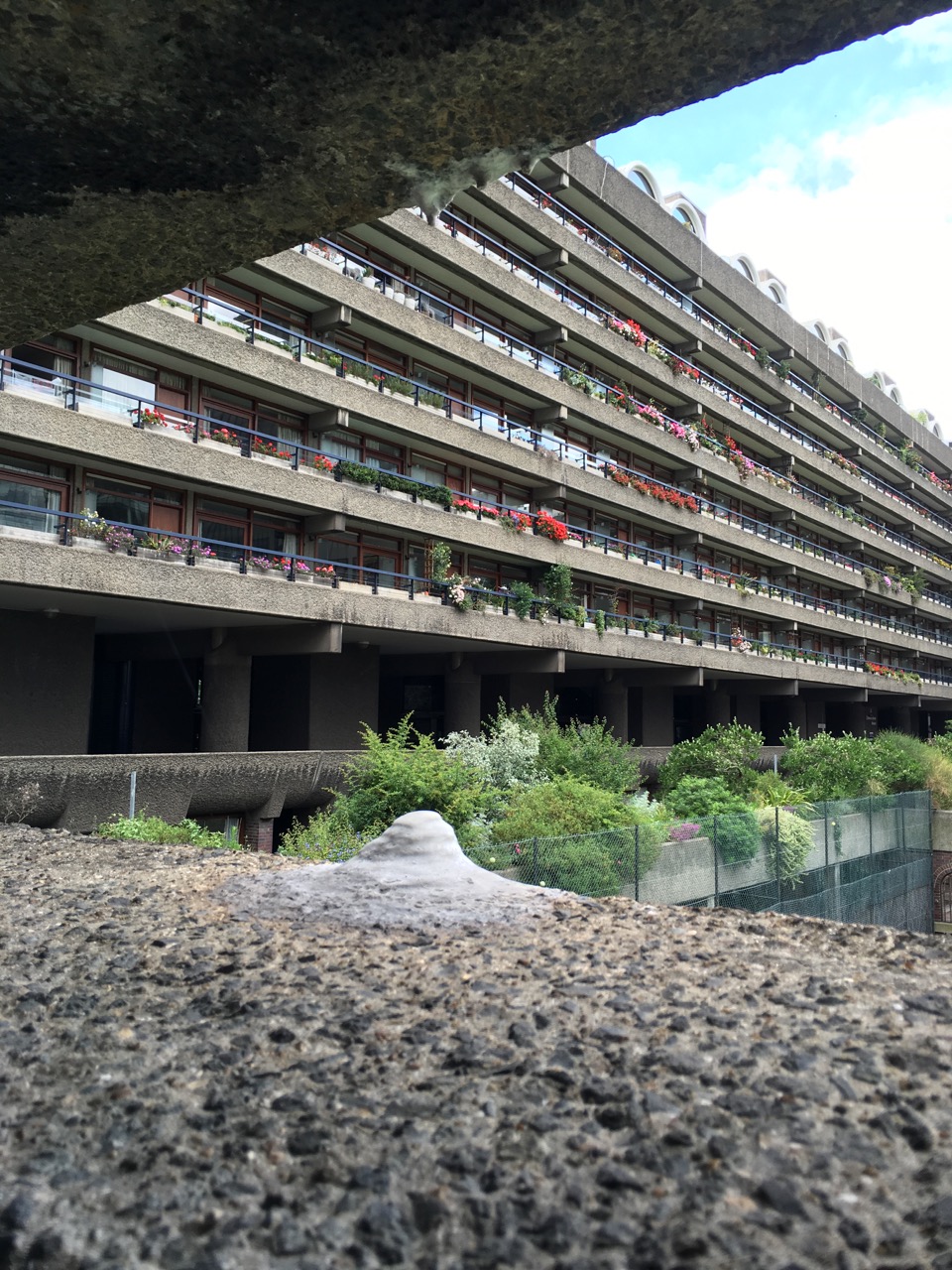 Brutalist architecture mostly leaves me cold or repulsed but I’ve always had a liking, verging on an affection, for the Barbican Estate, perhaps because I worked there for six years and got to know its vastness, its labyrinths, and its hidden byways. I’ve always thought that if there was one structure in London that would survive nuclear war or natural catastrophe it would be the Barbican. Those huge slabs, beams and columns of interlocking, reinforced concrete seem indestructible. That sense of monumental resilience is not something I usually associate with modernism; instead the Barbican makes me think of Sumerian ziggurats buried in the sands of Mesopotamia or Mayan temples hidden in the jungles of Mesoamerica. It has that quality of endurance, that aura of (potential) deep history.

Look closely and you can see that the Barbican, left to itself, will even develop its own geological formations. These calthemites (stalagmites and stalactites formed from concrete) in the photograph above accumulate on the ledges and walls, between the gaps in the slabs. What could be more expressive of deep time than these outgrowths of matter dissolved and then reconstituted? And if, in the current era, they are effaced by diligent maintenance workers, perhaps in a future age of disaster and depopulation, they will be left to grow, like giant teeth gleaming in the maws of concrete, while the whole vast structure is gradually swallowed by luxuriant vegetation and the unconstrained waters of the Thames