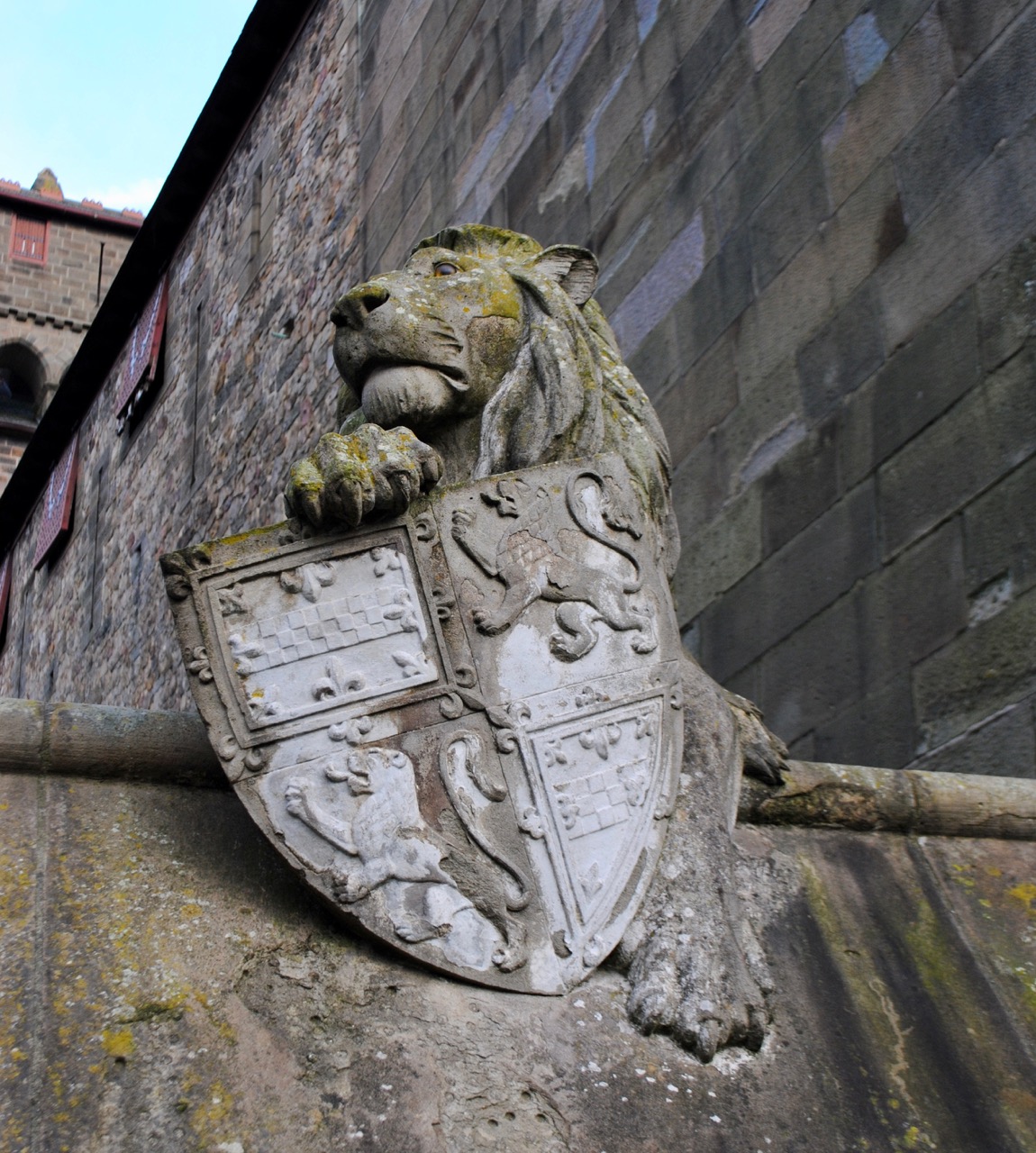 Animals are born, are sentient and are mortal. In these things they resemble man. In their superficial anatomy — less in their deep anatomy — in their habits, in their time, in their physical capacities, they differ from man. They are both like and unlike.

A wall is almost always just a wall, but there is a wall in Cardiff that is a menagerie in stone. By Cardiff Castle, animals and birds sit and sprawl atop the gables of a wall, frozen creatures gazing out over Castle Street. The Animal Wall was thought up by the architect William Burges, the genius who restored and augmented Cardiff Castle for the Marquess of Bute in the 1860s and 1870s. It was an element of Burges’s plan for a moat garden designed in the medieval fashion. Burges was a brilliant exponent of the Gothic Revival style, a man who said of himself, ‘I have been brought up in the 13th century belief, and in that belief I intend to die’. The moat garden was never laid out and when Burges died unexpectedly in 1881, the Animal Wall project existed only in drawings.

William Frame was appointed architect in Burges’s stead and oversaw the design and production of the first group of figures in the late 1880s and early 1890s. The blocks of sandstone, already in situ, were removed and transported to London, where Thomas Nicholls and his assistants carved the figures in their Lambeth workshop. This first group comprised a pair of apes, a bear, a hyena, a lynx, a lioness, a seal, a vulture, a wolf, and two lions at the castle gates bearing shields displaying the Bute family heraldry. In keeping with the medieval aesthetic, though to the dislike of both Frame and Nicholls, Lord Bute insisted that the beasts were painted. The paint did not last for long and was never renewed, but all still have the glass eyes that were part of the original design. This first group is beautifully realised, each of the creatures possessing an alertness and implicit vitality that suggests that they may spring to life at any moment.

In the 1930 another six figures were added to the menagerie, this time carved by the Edinburgh sculptor, Alexander Carrick. These later animals – an anteater, a beaver, a leopard, a pelican, and a pair of raccoons – are fine additions, while being more stylised and having less personality, less vitality, than their Victorian predecessors. In 1933 the Animal Wall’s place in the Cardiffian mythos was greatly enhanced when Dorothy Howard Rowlands, a children’s author, used the animals (and gave them names) in her series The Keepers of the Wall, which was published in the South Wales Echo and Express in the 1930s. (I’ve not been able to find any examples of the stories on-line.)

The sculptures have suffered from inevitable weathering and not-so-inevitable vandalism over the years – unforgivably, the bear was lassoed, tied to a truck and pulled down from his perch in the 1980s – but were extensively restored in 2010. They are an engaging sight, a playful and unusual highlight of Cardiff’s cityscape. In the present age more than ever, a wall is usually just a wall. That sense of playfulness, of offbeat imagination, is missing in so much of our contemporary building, except in the most self-conscious ways. Here in Cardiff, Burges imagined a wall that was more than just a wall.