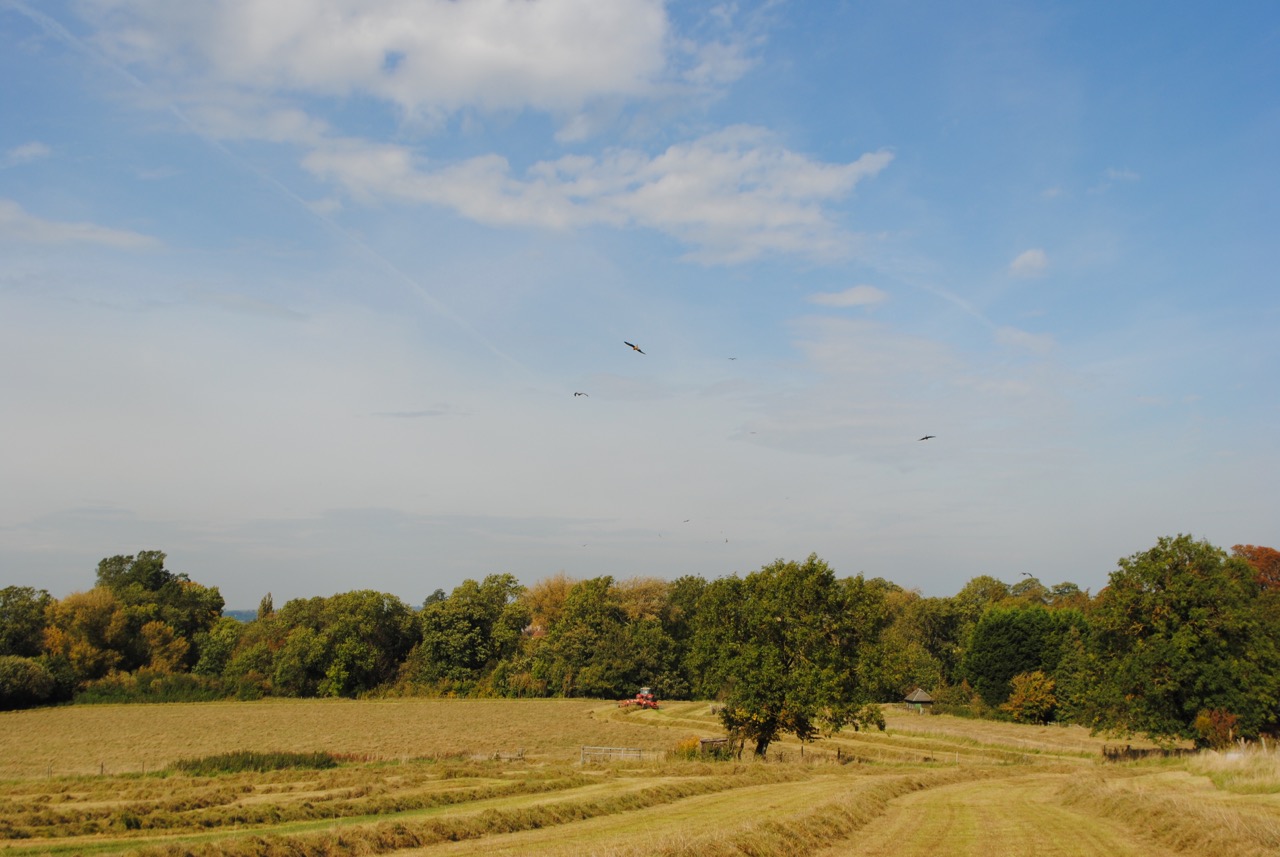 The Chilterns in late September. Summer should be over but won’t let go. Autumn permits this day of aestival warmth but slowly drums its cool brown fingers. I walk down the path at the back of the church at Ellesborough, down past the gravestones and the flowers, and over a stile. It is one of those days in England and all around me is the palpable union of the land with the living and the dead. In the field a tractor is pulling a rake through the stubble. Then I see them against the soft blue sky, red kites, eight or nine of them. They swoop and soar and glide as they follow the path of the machine, seeking, I suppose, the mice and voles that have been disturbed by the rake. Occasionally one of them will rest in a tree or on a fence post and then pick up the chase again. They are hard at work and yet they seem almost to be at play. As the kites dance over the field I can sense the ecstasy that Hopkins saw in the windhover’s flight. They were away too fast for me to follow or even photograph properly, but there is joy in the unexpected encounter, in the mystery of other beings.