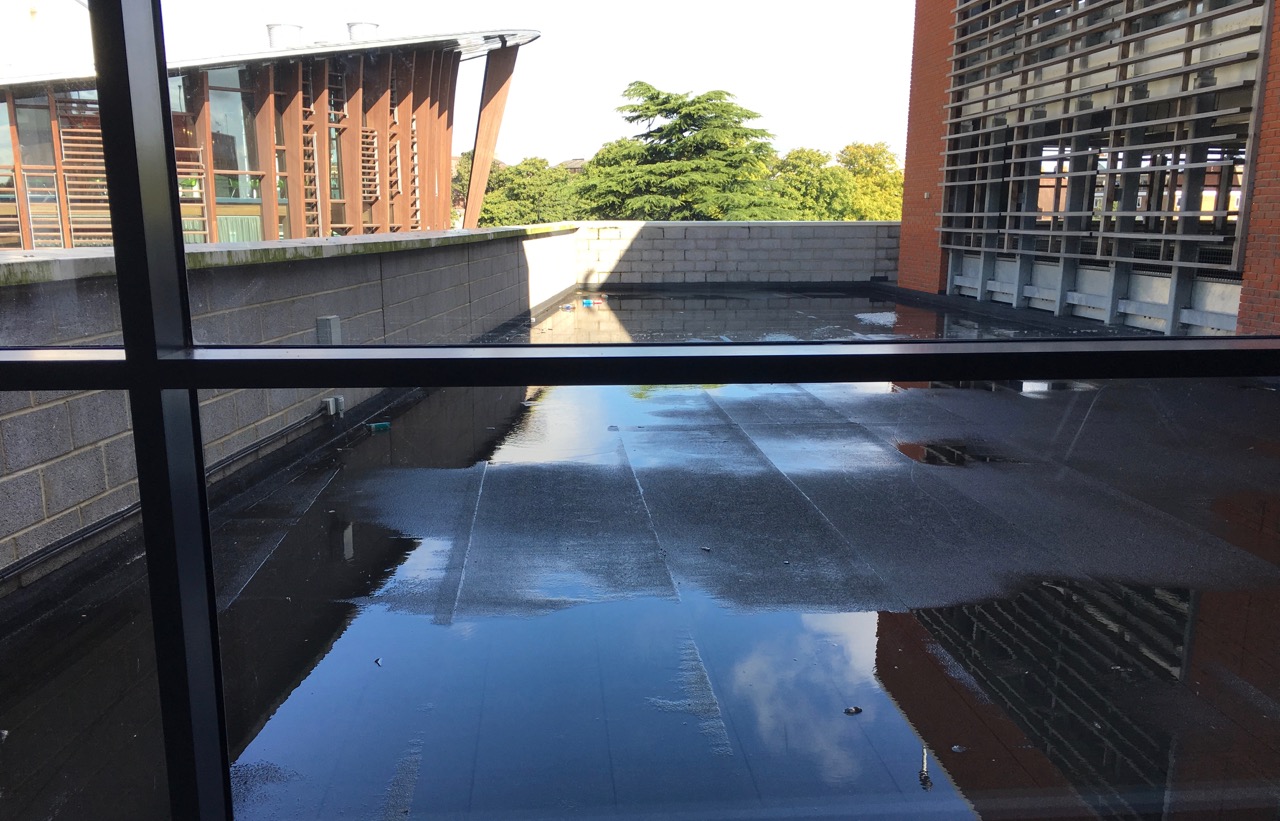 Architecture is the art of how to waste space

This is a space that somebody designed but nobody cared about. This is a space that somebody created but nobody knew what to do with. This is the difference between the computer-generated walk-through, the unreal virtual reality and the actual reality. This is an enclosed space with a flat surface and no drainage, that collects the rainwater. This is a locked space that nobody visits, that gathers the garbage. This is a dead space, adjacent to the Travelodge and the Waitrose and the multi-storey car park, belonging to none of them, belonging to no-one. A corpse, a jumper from the Travelodge roof perhaps, might lie here for days unnoticed, undisturbed.

This space subsists within the Waterside South area of Aylesbury, a zone conjured by Aylesbury Vale District Council’s Town Centre Plan. Other buildings constructed as part of this regeneration plan are the Waterside Theatre and the University Campus. Investment and jobs and new public spaces are all Good Things. I like the Theatre building, and the plaza by the canal basin has potential but is a bit of a blank at the moment. The University building is a dud though, a grim white triple-shed, more suitable for storing aircraft parts than inspiring thought and learning.

Back to that dead space. Attention to detail is one of the qualities that separates good architecture from the merely adequate and the downright bad. Why did nobody care enough about this space to make it useful or beautiful? It could have been a roof garden or a playground or a terrace cafe. Sure, it’s small and insignificant, but it matters. Millions were spent on the Waterside South scheme. Why not a few thousand on this space, rather than leaving it as a nullity, a void fit for nothing but waste water and rubbish? I don’t get it.