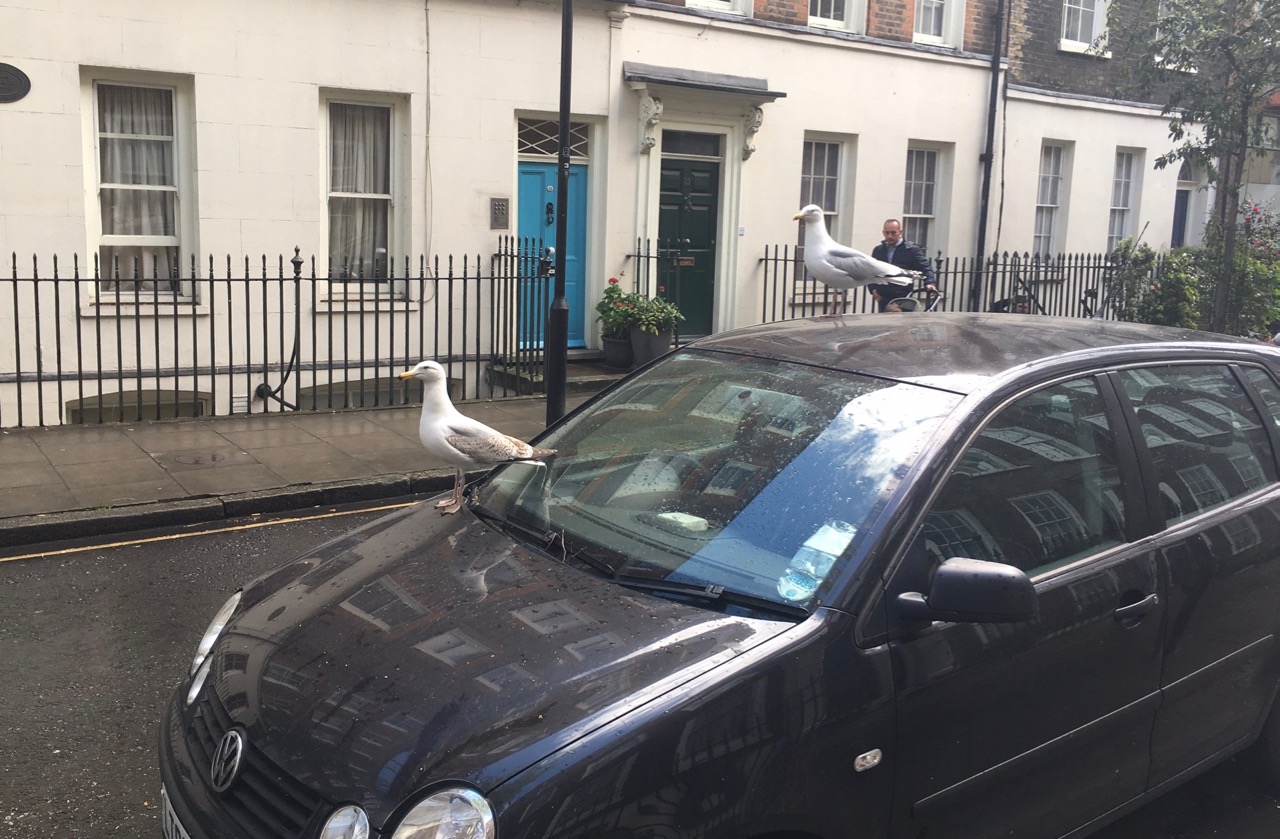 The herring gulls came to the towns and cities because it was easier to find food there. The seas were emptying but the land was ever more bountiful. Domestic waste and fast food detritus were turning urban streets into medieval re-enactment zones. There was an abundance of feeding opportunities and the birds were intelligent enough to take them. Chicken and beef replaced fish and crustaceans as their staples. More and more herring gulls migrated inland and stayed there. The scent of the sea and the savour of fresh fish were gradually erased from their racial memory. Biologists predicted that the urban gulls would evolve into a separate species. But culture evolves more rapidly than biology. The smarter gulls started to sense how much the humans feared them. When they attacked to protect their nests they noted that humans rarely fought back. This was unexpected. The gulls also noticed that the humans tended to retreat in their vicinity, even when they weren’t being aggressive. When the stakes weren’t high, and they weren’t protecting territory or offspring, it became a game for the gulls. They would hang around doorways and cars, yapping and snapping like feral teenagers. The humans tried to placate them with food scraps. The gulls realised that this was a more efficient way to feed: let the humans bring the stuff. They got more belligerent and demanding: it turned into a protection racket. The humans presented choicer and more elaborate offerings. Resources within households were increasingly diverted to feeding the gulls. Family pets, especially the cats, were resentful, but none of them wanted to take on the birds: they were too vicious, always ready to notch up the aggression. Eventually every house and every car was ‘supervised’ by a gull clan.