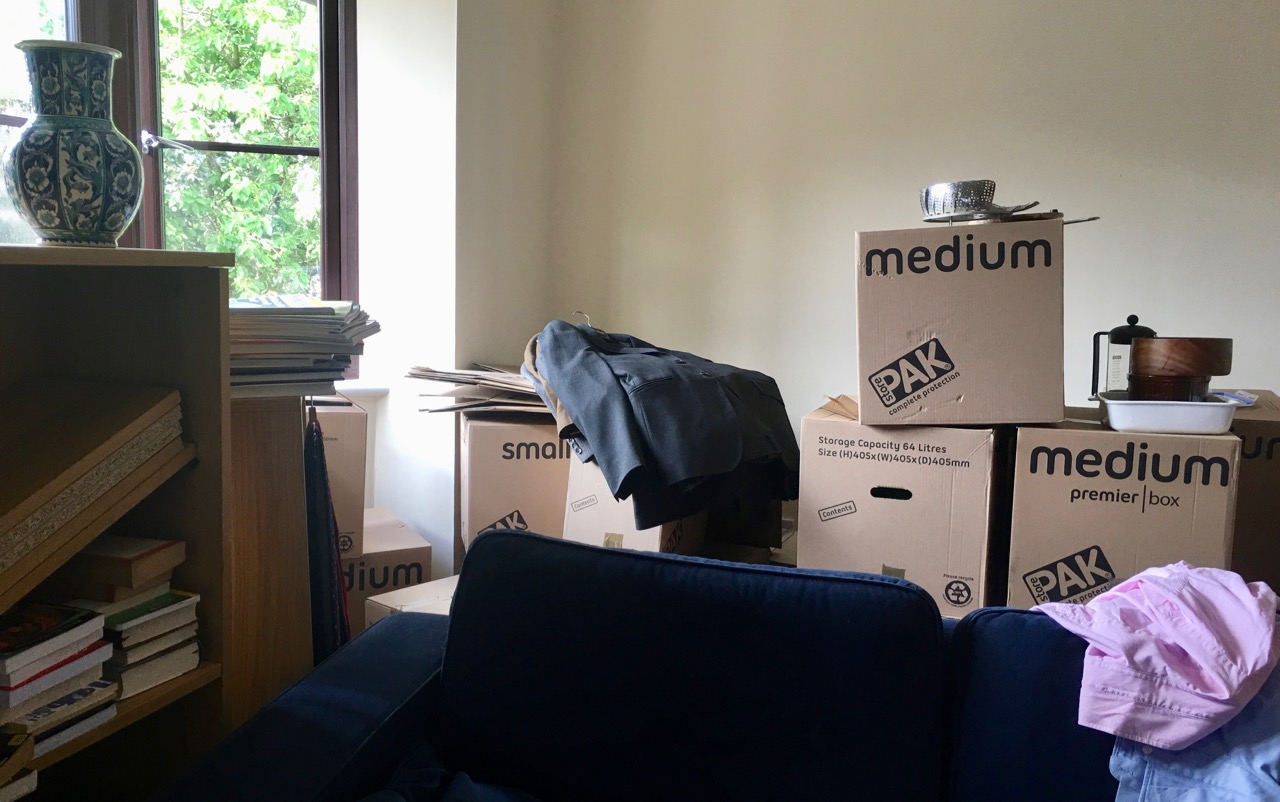 I am a much-moved man. Last month I moved home for the twenty-first time. It has become, if not a habit, then a recurring behaviour. ‘Men make their own history, but they do not make it as they please; they do not make it under self-selected circumstances, but under circumstances existing already, given and transmitted from the past,’ wrote Karl Marx, in one of his more insightful moments. Though I have chosen to move each time it has not always been in circumstances of my own choosing. Things change, lives change. I have left and been left. What had seemed settled and comfortable becomes unstable, unwanted and sometimes unbearable.

My parents lived all their lives in the same patch of Islington. My mum never travelled abroad, though we did once have a family holiday in Wales. My dad didn’t have a foreign holiday until he was remarried. At the end, he was living in a council flat less 500 yards from the house he was born in. The pair of them were rooted, to the point of near-immobility, in that patch. They were the exceptions among their brothers and sisters, those siblings who moved, through aspiration or desperation, from London to distant settlements like Hemel Hempstead, Brighton and Worcester Park. Something about them or about the place made my parents stay.

Though I have moved often I have not always moved far. Most of my life has been spent in London, usually no more than a mile or two from my birth place. But that has changed in the last decade. Though I continue to work in London I no longer live there. I am part of the city’s past, clinging on to its present, wearied rather than energized by its size and multiplicity, dismayed by its incivility and squalor. London was the centre of my universe for a long time but is no more. I’m not sure whether that personal universe has shrunk or expanded, but London’s gravitational force within it is diminished. It remains much-loved, to be sure, but the passion no longer burns as it once did. There is more to Britain than London and I’m increasingly glad of that.

Robert Frost’s lines, ‘Home is the place where, when you have to go there, / They have to take you in’, are spoken by a character in the poem ‘The Death of the Hired Man’. In context, the words carry more bitterness than comfort. I have no home like that and it is many years since I did. That is not intended as a maudlin statement: I couldn’t wait to leave home and I never wanted to go back. Now I am the one who would do the taking in: my daughter, my sister, should they need it.

Home used to be a base camp to which I would return after work, travel and adventures. Now it is a refuge from the tedium of wage labour and the uneasiness of life in a febrile country. Home is the place where you can go back and close the door on it all.