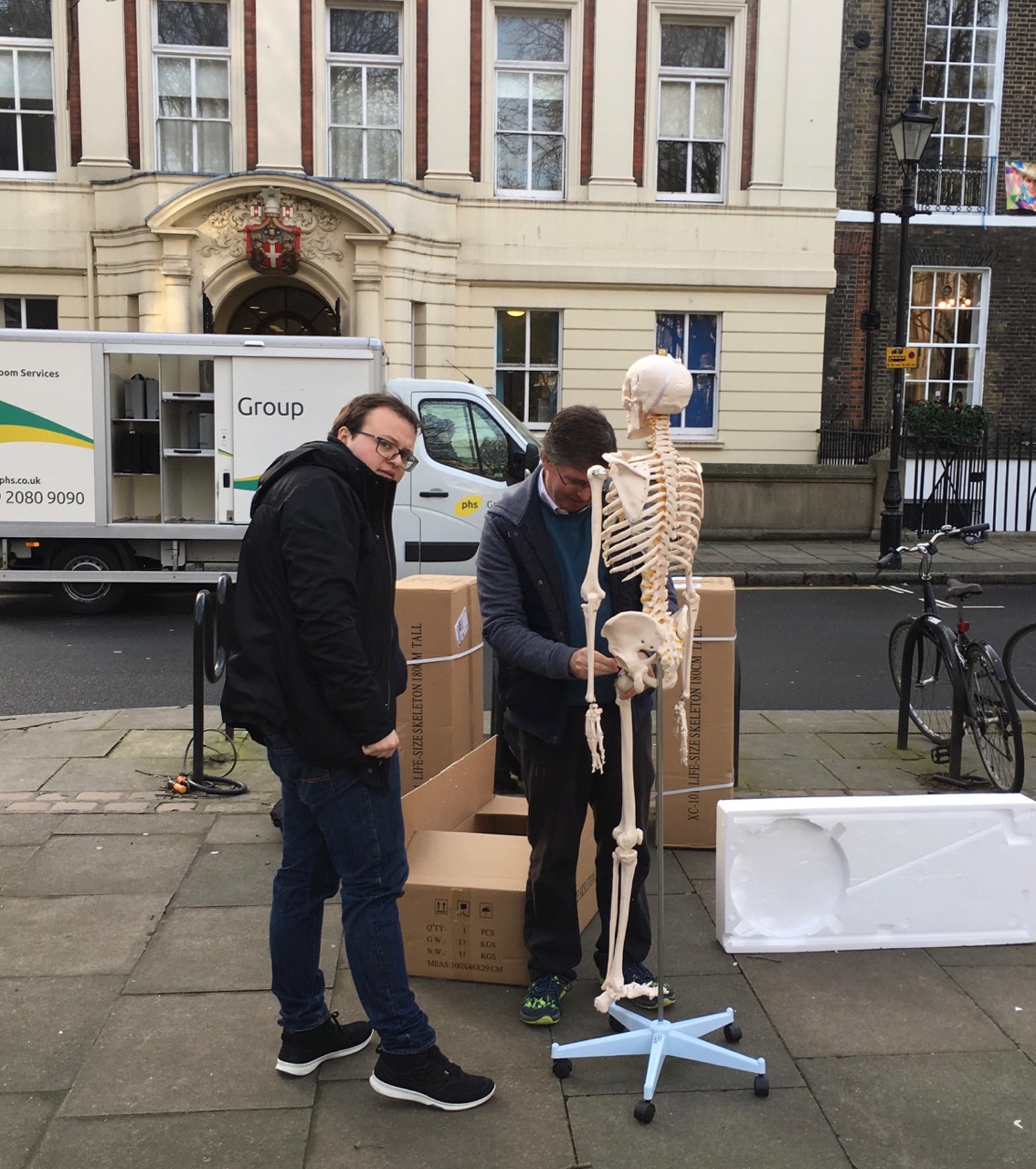 I shouldn’t have let myself get dragged into it, but I blame Plutarch. Pete read in the Moralia that the Egyptians brought a skeleton to their feasts, to remind themselves that despite the festivities, life is short and death awaits. It gave him the notion of planting one in the middle of London, a momento mori intruding on the present febrility and uneasy feasting of its citizens. But skeletons are not so easy to come by in the metropolis. There are no bodies of Buddhist monks left in parks to be picked clean by crows and kites, no anatomical specimens for sale on eBay, no ossuaries that can, in secrecy or good conscience, be raided for bones. So it had to be a fake, the plastic kind used for medical teaching. Which, Pete thought, said something else, something ‘deep’, about our time: that even the symbol of transience and death lacks authenticity. Quite why he chose Queen Square is a mystery to me. This Hippocratic convergence of hospitals – the Children’s, the Homeopathic, the Neurological, and the Italian of long ago – is the nexus of the London anti-death league. I would have chosen Leicester Square or Covent Garden. He mumbled something about ley lines and psychic forces. But this is how I came to be in Queen Square early one morning, watching him assemble the skeleton.