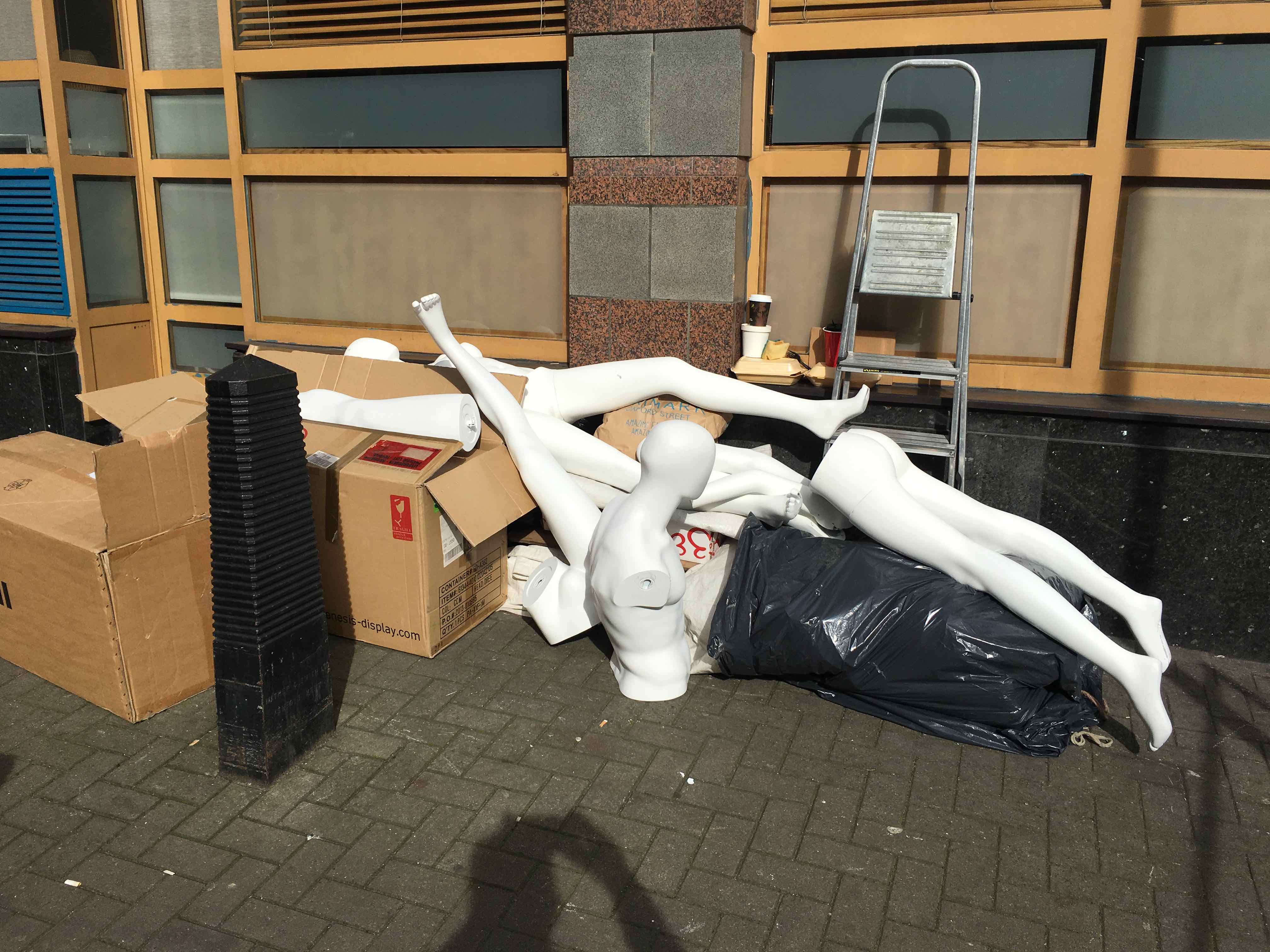 The clothes designer has a fierce attachment to her mannequins. ‘They are pure form, you see. No thoughts, no emotions, no self-consciousness. No minds, no souls. Nothing to detract from the garments, nothing to spoil the look, the silhouette. I can dress them how I wish and there are no opinions or tantrums. They don’t have silly affectations or little quirks of posture, and they don’t think they know more about clothes and how to wear them than I do.

‘They’re never late for work. I don’t need to scold them – though I do sometimes praise them. That’s just a daftness of mine. I know they’re just moulded plastic and yet I talk to them. Don’t look at me as if I’m a madwoman – of course, they don’t talk back!

‘I’m fond of them, in the way that other people are fond of their pets. A pet, after all, doesn’t talk to its owner – it’s a one-way street. And despite what their owners say, animals don’t have souls – or proper thoughts. The difference is that I treat my mannequins as collaborators, not slaves. Though I always know what’s best for them.

‘Eventually they decay. Scars appear, the plastic begins to discolour. Mannequins age, just like humans do. I’m quite unsentimental about it. Out they go! Those two out there by the rubbish? Oh, that’s a different story. You can see they’re quite new, no age at all. Sisters, you might say, from the same factory. You see, even though mannequins don’t have souls, they have personalities. What’s so strange about that? A room can have a personality – or a chair. A mannequin does too.

‘We worked well together at first. But then something changed. To be honest, and you’ll think I’m a bit touched, I didn’t like the way they looked at me. As if they shared a secret, knew something I didn’t, and were quite smug about it. I couldn’t stand it. I had to get rid of them. The bin men will be round later and that’ll be the end of it. I won’t miss them, but if I’m honest I feel a bit guilty about it. How silly is that? Guilt about a pair of mannequins! Let’s talk about something else…’