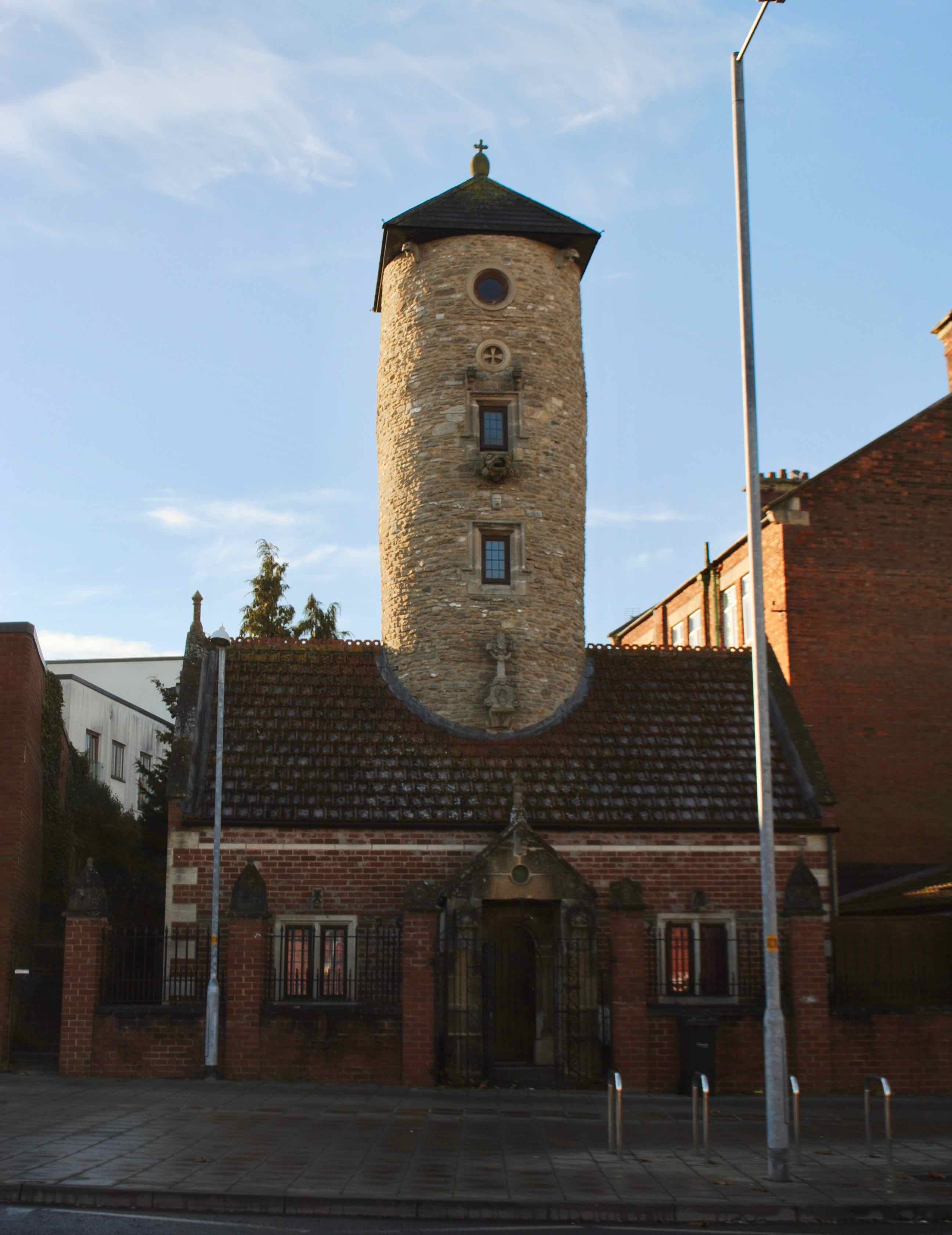 A man’s most open actions have a secret side to them.

Bythesea Road is an odd name for a road in the middle of Trowbridge, itself in the middle of Wiltshire and some fifty miles from the Bristol Channel, which is another name for the sea. Another odd thing about Bythesea Road is the building across the road from the Asda, next to the Next, so out of proportion and incongruous that it looks as if a stone rocket is emerging from the roof of a dissenting chapel. I thought it must be some nineteenth century relic, some dream structure made real by a Victorian eccentric with money and drive. But the stonework of the tower didn’t look Victorian, and the gargoyles and elaborate cross were difficult to place stylistically. Then I noticed the date under the cross: 2000.

A Google search revealed a little more. From a Flickr page I learnt that the building is called Pumpkin’s Tower, the work of a ‘colourful’ and ‘controversial’ local businessman called Thomas Rothschild, the structure apparently named for his daughter (Pumpkin presumably her nickname). An anonymous blog, Thomas Rothschild, comprising three posts from March 2010, joins ‘controversial’ to Rothschild again, states that he ‘now divides his time between Sweden and Hungary’ and outlines some of Rothschild’s tussles with Trowbridge Town Council. He was denied planning permission to redevelop the Grade II listed Rose and Crown pub, having previously been refused permission to build a castle in a field in Heywood, after which he invited travellers to occupy the land. Mention is made of another Rothschild plan, to convert an old public toilet block into an art gallery (dubbed the Loo-vre). I found myself warming to his ambition and creativity. The only sour note was the £25,000 fine he received after his building company was found guilty of dumping asbestos-contaminated waste near Westbury. The Wikipedia entry ‘List of public art in Wiltshire’ gives Thomas Rothschild as the ‘Artist/designer’ of ‘Pumpkin’ Tower.

A search of the Wiltshire Times website confirmed the stories about the pub, the art gallery (‘Rothschild’s Loo-vre bid down the pan’) and the illegal dumping. The word ‘controversial’ cropped up again. In 2004 Rothschild was sentenced to 42 days in prison for non-payment of council tax. The report adds dramatically, ’But as Rothschild was being led away from the dock he came up with a last-minute offer of payment.’ In 2003, a year before the town council turned down the art gallery development, Rothschild announced that ‘before leaving to start a new life in Slovakia‘ he wished to turn that same public toilet into a peace hall: ‘West Wiltshire District Council have a Vision for Trowbridge, I have a reality: it is Christianity, and the most important of the Ten Commandments, thou shalt not kill. With this in mind I wish to build a monument for the new millennium for the hope of world peace to come.’ His hyperactivity is astonishing but this is another project that comes to nothing. One Saturday in 2001 Rothschild hired a boat, hauled 47 shopping trolleys from the River Biss, loaded them onto a lorry and returned them to local supermarkets to dispose of. ‘Trolley good fellow!’ said the headline. Rothschild added, ‘I felt I could add my contribution to the town tidy-up by ridding the river of these unwanted shopping trolleys.’

There was a family tragedy in 2003. Rothschild’s sister, Rebecca Meeres, was found dead in her car near Malmesbury, having taken her own life. Another planning dispute was implicated. The week before she died council officials had refused permission for her and her daughter to continue living in a caravan on her farm. Thomas Rothschild told the inquest that ‘his sister had to fight with North Wiltshire District Council for 12 years, had that not happened things would be different’. All these battles with planners, how exhausting it must have been. And I wonder why an independent woman wasn’t allowed to live with her daughter in a caravan on her own property.

This is what I found about about Thomas Rothschild in a few hours. These are the marks that one man can leave on a small town and the trail that his life can leave on the Internet. It’s a story with many gaps, a story about business and local government, about planning laws and waste dumping, about power and dissent. And the drama and intrigue was enacted far from the metropolitan centres that are the usual focus of our national media. When I started writing this post I thought that there was a mystery about Pumpkin’s Tower. I end it knowing that the real mystery of Trowbridge is about Thomas Rothschild, his dreams and schemes, his restless desires and thwarted ambitions.