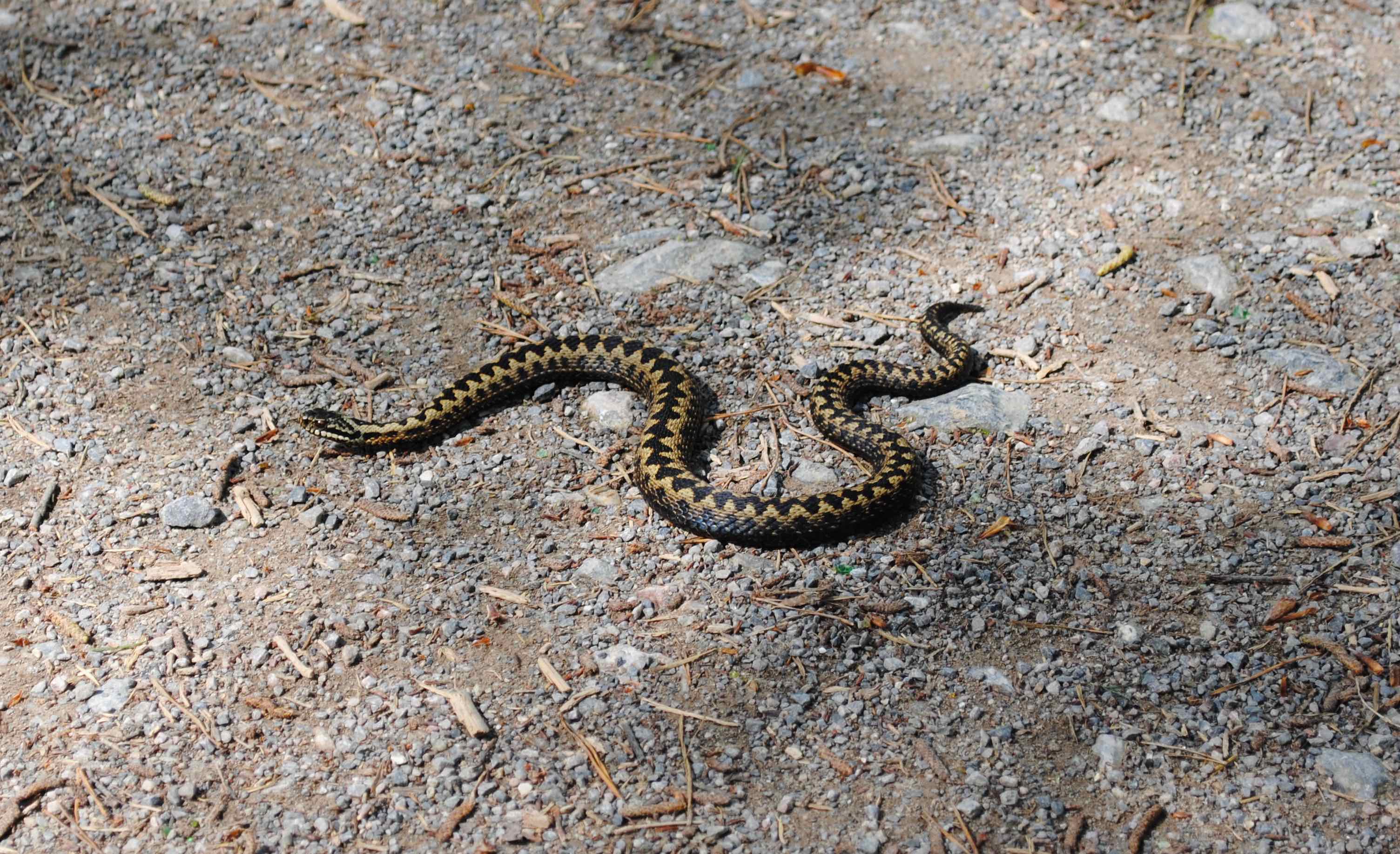 The grey roots circle thee, who never knew
At any hour within thy travels lone
A human shape but mine.
Thou com’st to view,
Wild, unafraid, what stands beside thy stone
And gazes on thee in thy wilderness
Of fifty miles. What thinkst thou of me,
For I am of a race thou could’st not guess
Would murder all thy hapless innocency?

(‘The Adder of Quinag’ – Olive Fraser)

It’s an aspect of the modern condition: most of us see more creatures on television than we do in the wild. Beauty and strangeness are translated into waveforms and pixels and then into a simulacrum. Not all of the beauty and strangeness is lost, however, and nor is the sense of relatedness, perhaps even kinship. Though this is a matter of degree: it’s easier, more ‘natural’, to empathise with an orang-utan than with a crocodile. Perhaps the strength of these feelings is a psychic index of the proximity to a common ancestor.

No land creatures are stranger or more exotically beautiful than snakes but the branches of the evolutionary tree that developed into reptiles and mammals diverged hundreds of millions of years ago. We may recognise them as fellow creatures but it’s hard to think of them as relations, even distant ones. Snakes are alien, cold-blooded, other; the poisonous kind can be terrifying. Britain has only one native species of venomous snake, Vipera berus, the common European adder.

The folkloric adder was a death omen if seen at the door of a house, a dream symbol of harm coming from one’s enemies and a guzzler of cow’s milk from the udder. Adders were thought, on the authority of Psalm 58, to be deaf – ‘They are like the deaf adder that stoppeth her ear, which will not hearken to the voice of the charmer’ – though their oil, in an instance of like curing like, was prized as a cure for deafness and earache. They could be vengeful too: kill an adder and its mate would come looking for you. Apart from their oil, adders were hunted for their skins, worn as hat-bands by ‘Sussexians’ according to John Aubrey, and as belts by pregnant women in Cornwall.

Venomous snakes are invariably seen as aggressive but the adder is shy and will only bite as a last resort. Fatalities are extremely rare: the last in the UK was in 1975, a five-year-old boy in Scotland. One estimate is that there were 14 deaths from adder bites in the 20th century. A couple of years ago, a man was bitten three times by an adder in Dalby Forest, North Yorkshire. It turned out that he had picked up it up, a foolish thing for anyone to do, whether would-be snake charmer or amateur naturalist.

I came across this adder in St Leonard’s Forest on a warm May day. It was basking on the path, sleek, still, barely aware of my presence it seemed. I kept my distance, watched it warming itself, felt a sense of wary privilege. Then I heard a dog coming down the path and went to warn the owner. I returned but the adder had gone and the forest was less strange, less beautiful again.