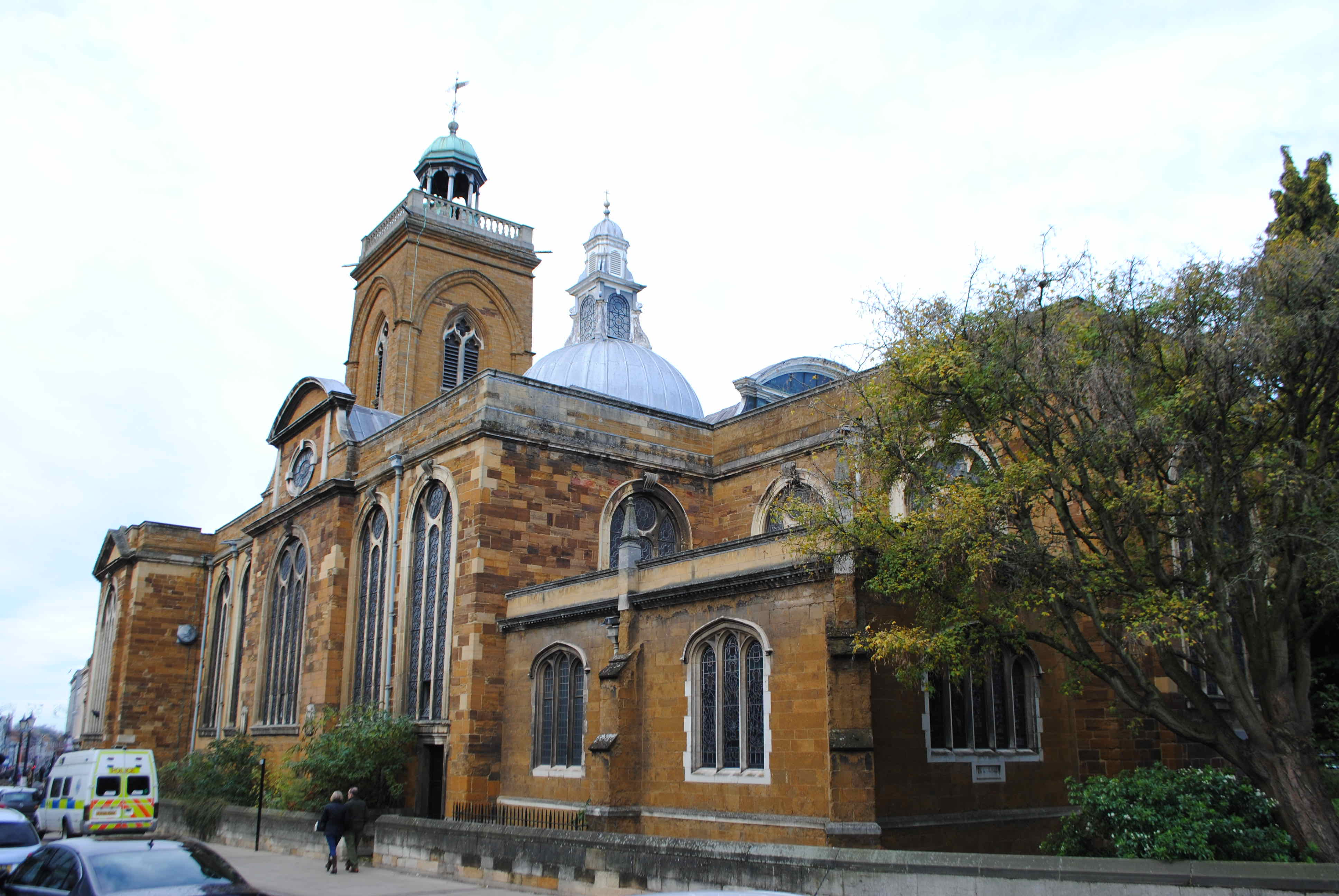 It had to go
So many wounded feelings
And some killings—
In a nutshell, too expensive

Just as almost every parish church in Britain has remembrances of the First World War, many of them contain objects that recall another momentous episode in our history: the British Empire. Here are three such objects from All Saints, Northampton.

Thomas Osborn, an officer of the East India Company, died a salt-sea death in the Indian Ocean, off the island of Mauritius. Thomas and his colleagues were on their way back to Bengal from Portsmouth. Their ship, Jane Duchess of Gordon, was one of four East Indiaman lost in the ‘violent storm’ of March 1809. No-one survived and the wrecks have not been found. Thomas’ father, George, was an alderman of Northampton, a grocer by trade, and would have dealt in the bounty of the Empire: tea, coffee, sugar, spices and tobacco.

Here are the Lumleys, ‘all of whom died in India’, three generations remembered in stone. Sir James was an officer in the Bengal Army. His wife Caroline and their youngest son Robert died young in the same year of 1820. Death rates were high among European settlers. Sir James’ son lost his first wife, Arabella, and Robert, his son with his second wife, in the space of seven years. The Lumley line, with its Raj connections, continues to the present day. Sir James’ great-great-great-grandson, Major James Rutherford Lumley, served in the 6th Gurkha Rifles and came back to England after Indian independence. His actress daughter, Joanna Lumley, was a leader of the Gurkha Justice Campaign, which won the right for Gurkha veterans to settle in the UK.

No deaths remembered here by the altar, but simple gratitude for deliverance from ‘the terrible earthquake in Jamaica’ in 1907. There is no clue as to what the Adnitt brother and sons were doing in the Caribbean. Were they planters, civil servants, soldiers or men hustling on the fringes of the Empire? What stories they must have had. (More about the 1907 earthquake on Kerry-Ann Morris’ Jamaican Echoes blog.)