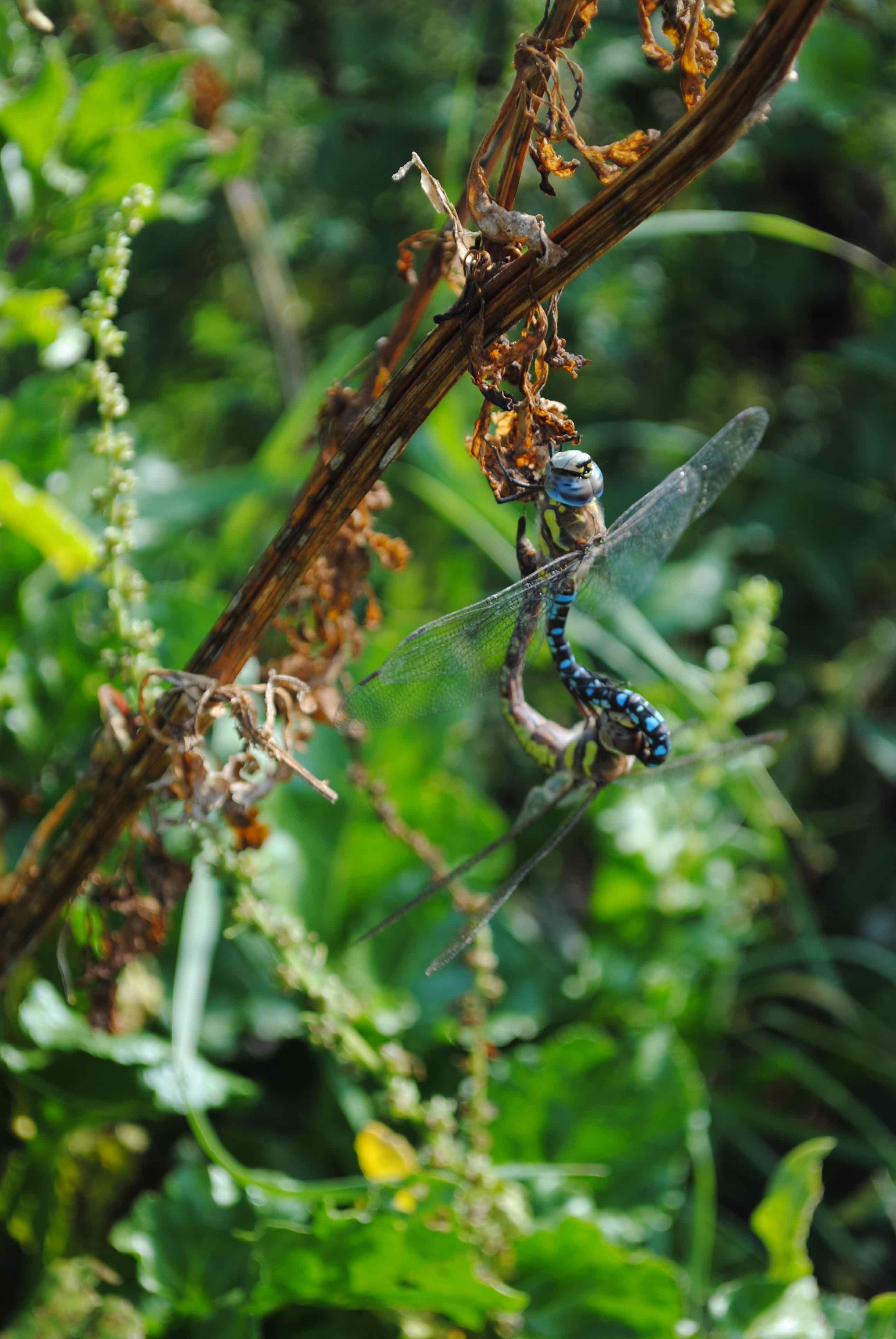 The insect lovers seem to be transferring the cosmos into each other
by attaching at the tail, holding utterly still, and quivering intently.
I think (on what evidence?) that they are different from us.
That they mate and are done with mating.

The North Kent marshes: a dragonfly paradise. I came across this pair of Migrant Hawkers on a warm September day, on a stretch of marshland called Dagnam Saltings. This coupling of male (the blue one) and female (the green one) is known as a mating wheel. Though it looks beautiful, it’s a brutal encounter. The females are wrestled, bitten and stabbed into submission, leaving them covered with puncture marks. Of course, rape and assault are harder to recognise when viewing at the insect scale, but this is gene propagation not romantic courtship. It’s hard even in the Age of Darwin not to sentimentalise nature, but anyone who remembers the pre-Attenborough days of the Disney nature films will know what treacly places can lie in wait. Here’s an egregious instance from the Daily Mail: ‘Love is… two dragonflies mating’.

The folklore tradition is much less dewy-eyed. Dragonflies are seen as hostile, the Devil’s darning needles, sewing up mouths and eyes, tormenting horses, and presaging evil. But the more we know about the amoral workings of nature, (and the further our technology distances us from it) the greater, it seems, our need to put a mawkish gloss on it. Still, there’s a balance to be struck between wonder and clear sight. I remember the beauty of the day and the fascination of watching the Migrant Hawker pair, hanging so precariously from a stalk, and then flying off, still clasped in their violent embrace, a minor miracle of balance and coordination.