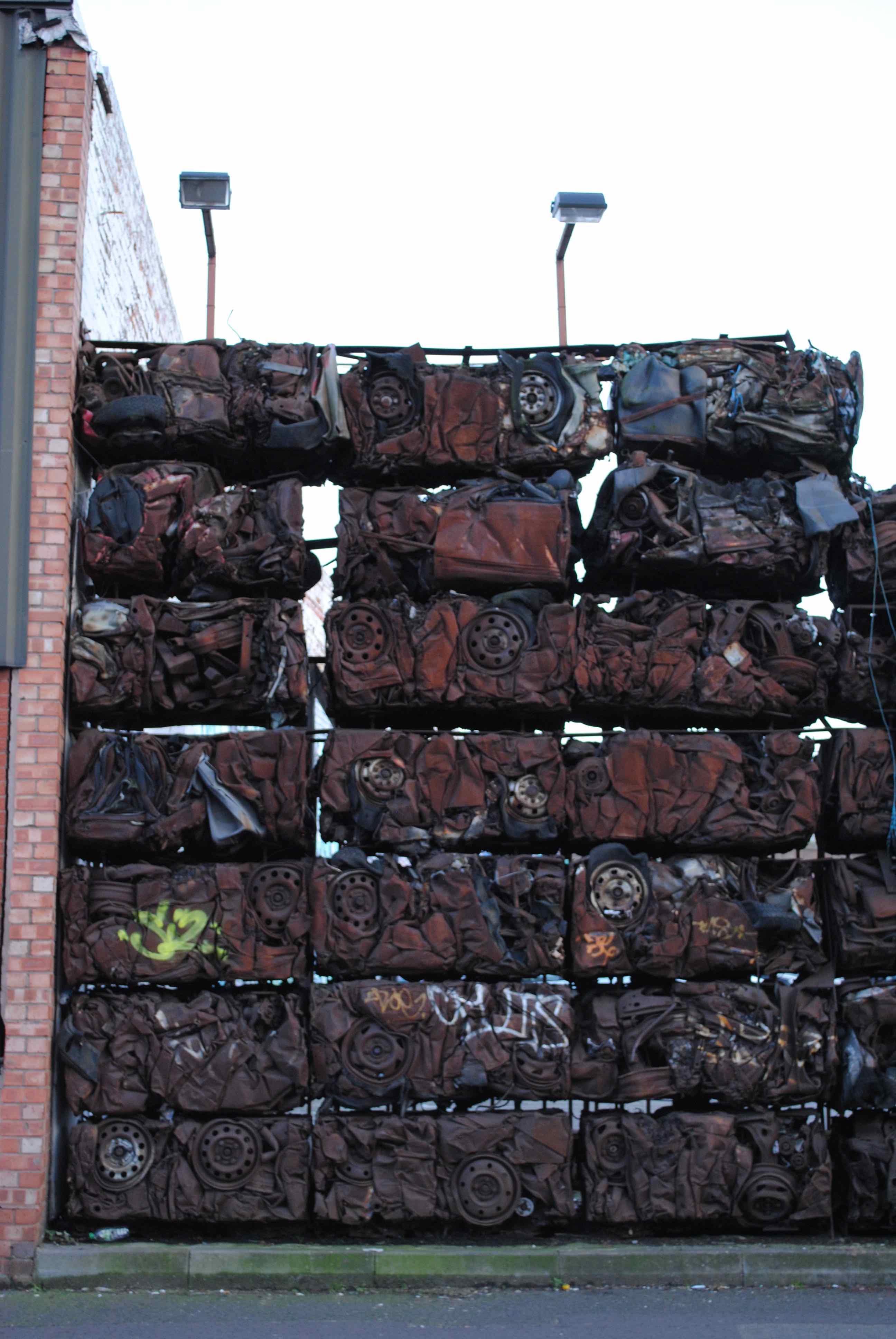 Towards the end of the Breakdown era, the catafalques of local chieftains became grander and more permanent. This example, discovered in what was once the Digbeth district of Birmingham, commemorates Sandra Zeinab O’Malley al-Brum, leader of the belligerent and short-lived Warks-Motorway Caliphate. The automobile played an obscure but significant role in the Caliphate’s rituals, and may have symbolised either the fall of industrial civilization or the putative riches of the world to come. O’Malley al-Brum is thought to have died in the Battle of Newport Pagnell, a decisive defeat for the Caliphate. Local legend has it that her sword, adorned with a Mercedes badge, was cast by her serving men into the Gas Street basin. The legend claims that whoever finds it will lead a revival of the Caliphate.