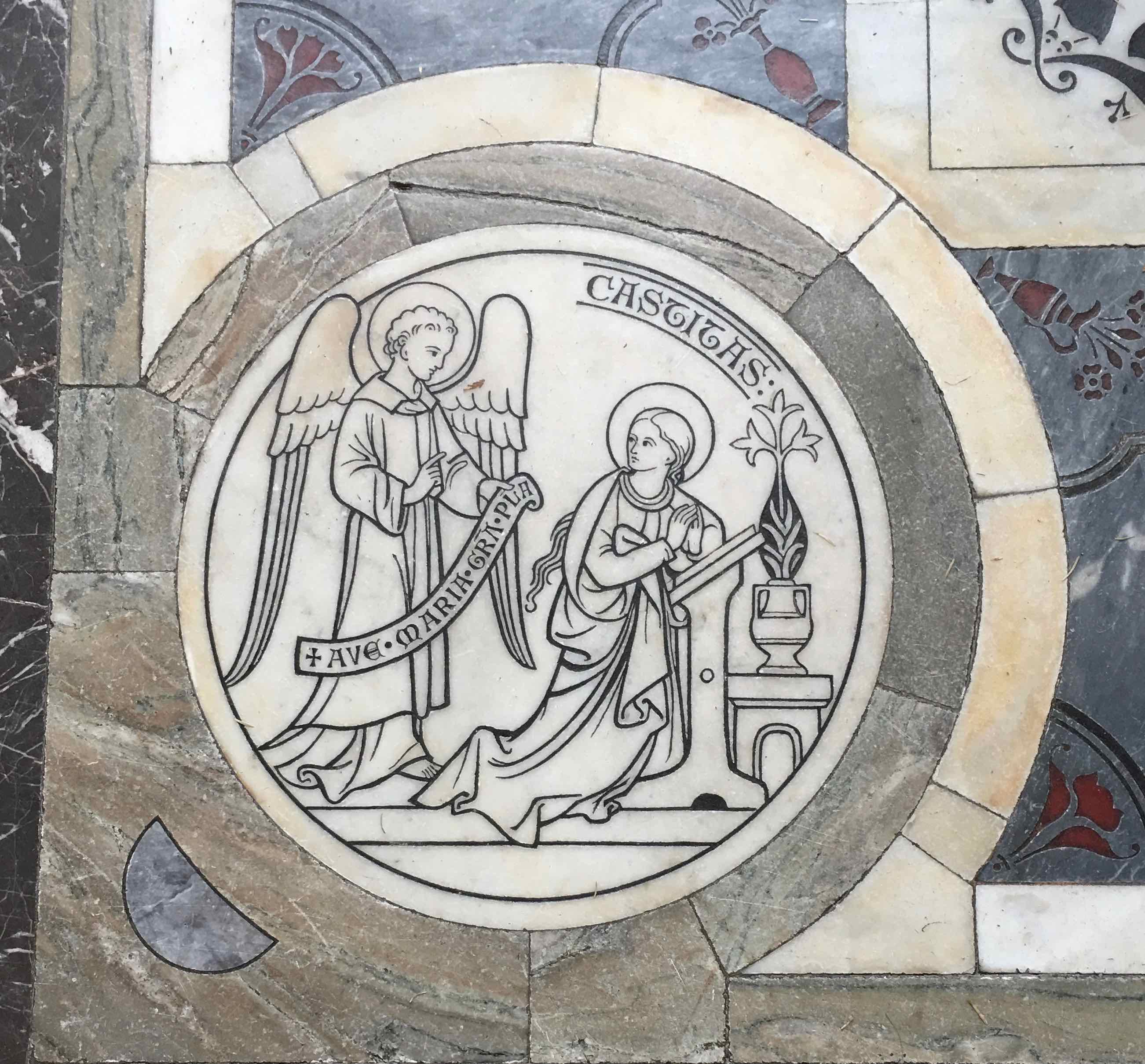 If, for the love of what does not endure,
A man gives up that love eternally,
He well deserves to suffer without end.

Cephas came, and the great vessel of
The Holy Spirit, they were lean and barefoot,
Taking their food wherever they might get it

Now the modern pastors have to be held up
On both sides, and to have someone lead them,
They are so fat: and someone to push from behind.

So that the human race lay sick down there
For many centuries in great error,
Until it pleased the Word of God to descend.

Where he united to himself, in person,
The nature which had distanced itself from its maker,
And this he did only by his eternal love.

But you who only write to rub out,
Remember that Peter and Paul, who both died
For the vineyard you spoil, are still alive.

And so, in the sempiternal justice,
The understanding you have of the world
Loses itself as the eye does in the sea;

For, although near the shore it sees the bottom,
In the open sea it does not; none the less
The bottom is there although the depths hide it.

Beatrice looked at me and her eyes were full
Of sparks of love of such divinity
That, vanquished, my virtue ran away

And I was as if lost, my eyes lowered.

For a man is right down among the fools
In the case either of affirmation or denial,
If he proceeds without making distinctions;

Because it often happens that a quick opinion
Inclines in the wrong direction, and after that
The intellect is hampered by vanity.

Tiles: from the baptistery floor in the Church of St John the Baptist in Frome, Somerset.

Verse: from the translation of Dante Alighieri’s Paradiso by CH Sisson.