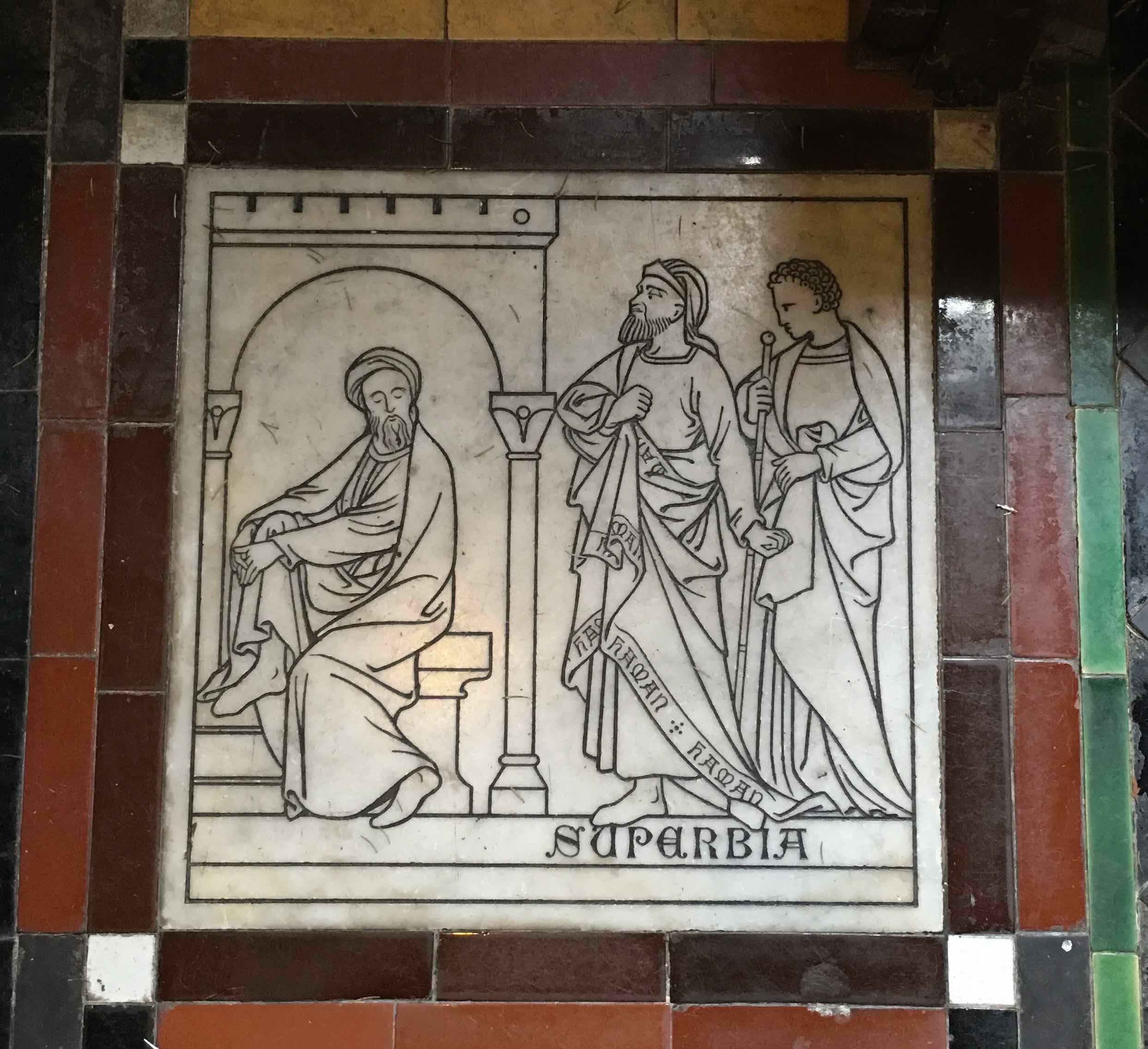 I was a Latin son of a great Tuscan;
Guglielmo Aldobrandesco was my father;
I do not know if you ever heard the name.

The ancient blood and all the pretty actions
Of my ancestors made me so arrogant
That, not thinking of our common mother,

I held every man in such scorn
That I died of it; how, the Sienese know,
And every child in Campagnatico.

I am Omberto; and not only me
Has pride damaged, it has dragged all my race
Down with it into calamity.

I was not wise, although I was called Sapia,
And I was more delighted at others’ losses
Than ever I was at good fortune of my own.

And lest you think I am deceiving you,
Hear whether I was as foolish as I say,
When already the curve of my life was downwards.

My fellow-citizens, quite near to Colle,
Were joined in battle with their adversaries,
And I prayed God for what he had willed.

They were broken and had turned with bitter steps
In a retreat; and when I saw the chase
I felt the greatest happiness I ever knew.

So I turned my impudent face upwards,
Calling to God: “Now I’m no longer afraid of you!”
As the blackbird does when he gets a little fine weather.

Then I saw people afire with anger,
Killing a young man by stoning, and shouting
To one another nothing but “Kill him, kill him”.

And I saw him bowed down, since death
Weighed upon him already, towards the ground,
But of his eyes he always made gates for heaven,

Praying to the high Lord, amidst such war,
That he would pardon those who persecuted him,
With that look which brings out the onlooker’s pity.

The people for whom
The Red Sea opened, were dead before the Jordan
Saw their children come and sit down by it.

And those who could bear until the end
The exertions they underwent with Anchises’s son,
Abandoned themselves to a life without glory.

Then tell we again of Pygmalion,
Whose desire for gold was so ravenous
It made him traitor, thief and parricide,

And the misery of the avaricious Midas,
Because of his exorbitant request,
Which to this day makes us all laugh at him.

And then remember the crazy Achan,
And how he stole the spoil, so that the anger
Of Joshua still seems to bite him here.

…that face,
Beyond him, more puckered up than the rest,

is that of a man who had the Church in his arms:
He was from Tours, and now fasts to purge himself
Of the Bolsena eels and the sweet wine.

Our sin was hermaphrodite; but because
We ill observed the law of humanity,
Following our appetites as animals do,

We repeat, in order to disgrace ourselves,
When we leave them, the name of that girl
Who, to act the animal, disguised herself as one.

Now you know our acts and what we were guilty of:
If you would like to know who we are, by name,
There is no time to tell you, nor could I do so.

I will satisfy your desire, as regards myself;
I am Guido Guinizelli; and I am purging myself
Because I repented fully before the end.

Tiles: from the baptistery floor in the Church of St John the Baptist in Frome, Somerset.

Verse: from the translation of Dante Alighieri’s Purgatorio by CH Sisson.