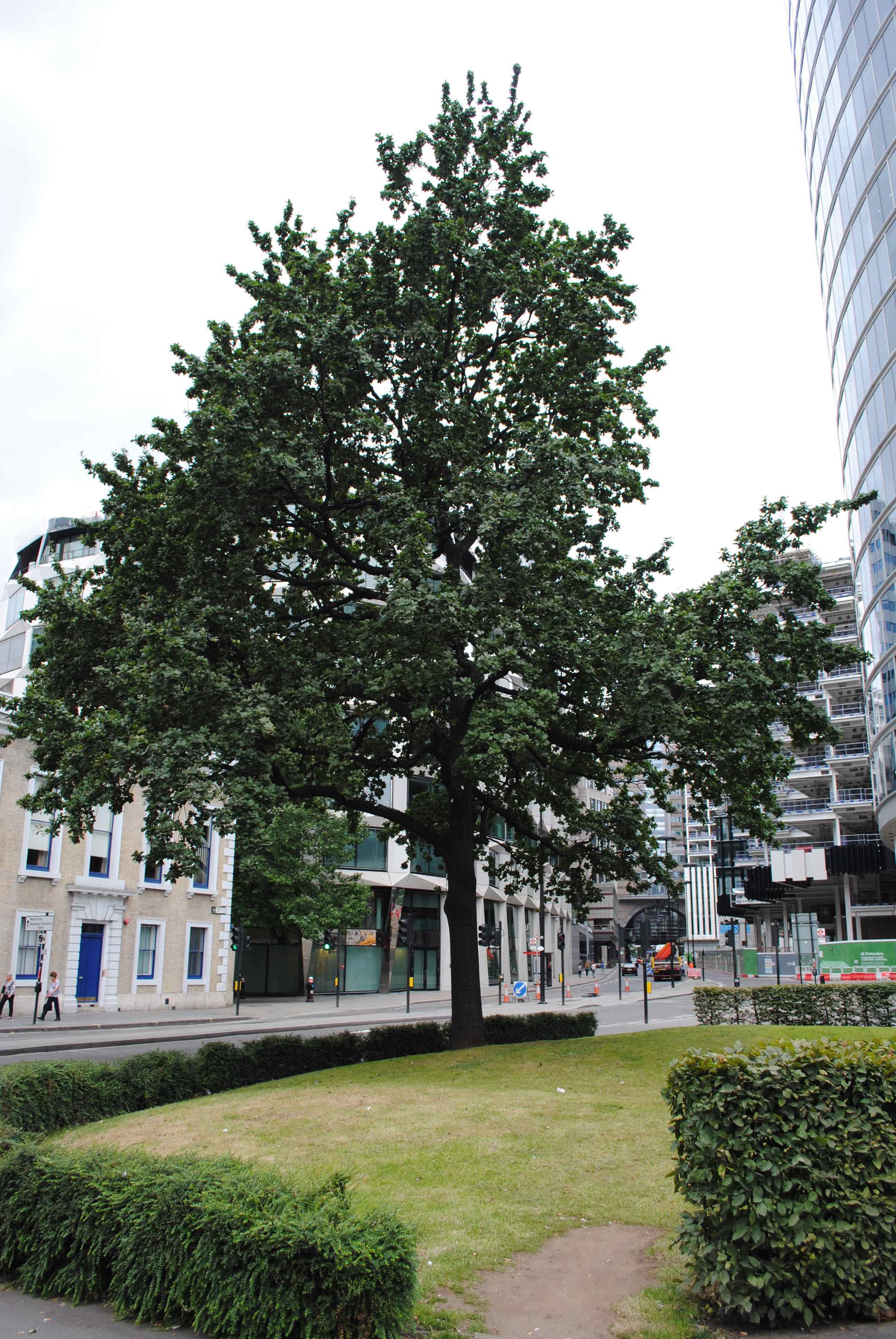 When the missionary Jerome of Prague was persuading the heathen Lithuanians to fell their sacred groves, a multitude of women besought the Prince of Lithuania to stop him, saying that with the woods he was destroying the house of god from which they had been wont to get rain and sunshine.

As I recollect the day, it was very early on a Sunday morning in the mid-2000s, sunny and most warm, the City streets empty of traffic and people. I had walked down City Road and was on my way to the river, intending to walk along the Thames to Kingston. I crossed the road at the junction of Moorgate and London Wall, where the recently completed Moor House looked pristine and alien against the backdrop of the Barbican’s Seventies brutalism. The developers had installed an oval patch of lawn between the road and the building, a gesture, which was all the space allowed, at landscaping. An oak tree, a survivor from an earlier time, stood on one side of the lawn.

For some reason, when I got to the other side of the road I glanced back. I saw a woman, middle-aged, bushy grey-blonde hair, holding a bulging carrier bag, approach the tree. She stopped a few feet in front of it and put down her bag. Then, unhurriedly, she began to take her clothes off. That halted me. There was still no traffic on the road, no other people about, and she was either unaware of me or didn’t care.

Once fully naked she stretched her arms wide above her head and took a couple of steps closer to the tree. Her attention was solely on the oak and I could see that she was speaking to it. Was it some kind of charm or incantation? I wanted to get closer to listen, but feared I would break whatever strange spell it was that held us both there, lone people in the middle of a huge city. I had a camera with me but dared not take a picture. It would have been intrusive, sneaky, profane even. And I began to feel uncomfortable at my own presence there: I was a voyeur and, however fascinating the sight before me was, I didn’t want to be a voyeur. So I left that tree lady to her ceremony, whatever it was and whatever it meant, and went on my way to the river.