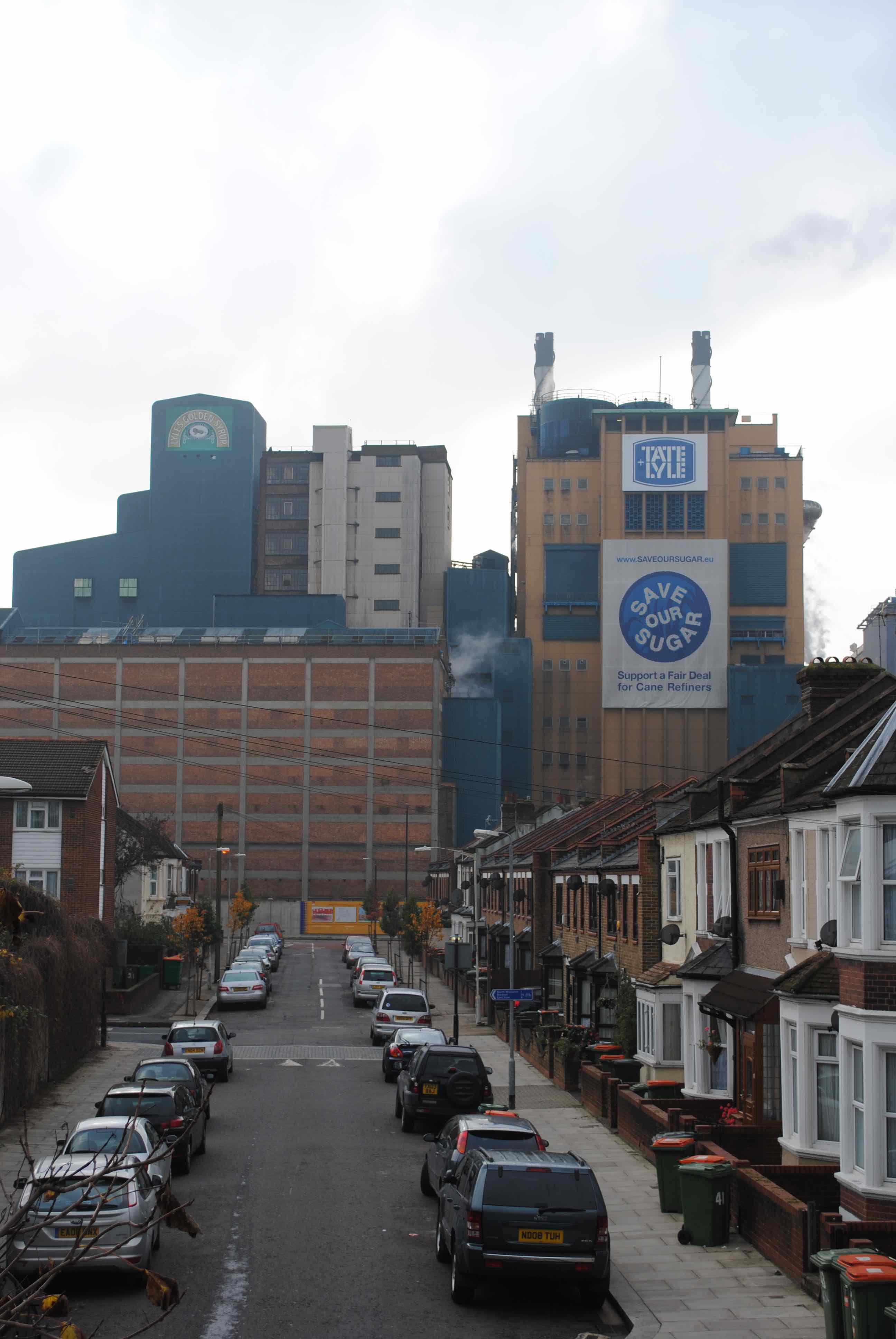 Tate and Lyle’s refinery stands out like a great metal weed at the river’s edge, and beside it Keiller’s Marmalade and Trebor Sharpe’s sweet manufacturer and all the other jam-makers and biscuit bakeries stretch along the wharves, turning the slub of marshy substrate at Silvertown into a sugar mile.

It’s more than ten years since I last walked past Tate & Lyle’s Thames Refinery, and I remember the heady aroma of sugar processing as being more pervasive, much denser and sweeter, than it is now. A trick of the memory, probably. Silvertown, a strip of Thameside land bounded by the Royal Docks to the north, the River Lea to the west, and Beckton to the east, is one of those ‘in-between’ places. It’s hard to imagine, walking through its melancholy post-industrial streets, just how crammed with people and pulsating with activity it would have been when the Royal Docks were the busiest in the world and the riverside factories employed thousands.

Little remains of the Sugar Mile. Keiler’s, Trebor Sharpe and the rest of the jam and biscuit makers are long gone, the Plaistow Wharf Refinery is much smaller than it was, though still producing its legendary Golden Syrup, and the tribe of the Sugar Girls is no more, their jobs automated out of existence. But the Thames Refinery still looms over Silvertown, vast and unapologetically functional, the largest sugar cane refinery in Europe.

Though for how much longer? The European Union’s regulatory regime favours sugar beet processing over cane, and new regulations due in 2017 will only reinforce this preference. No doubt, at some point, Tate & Lyle’s American owners will look at the spreadsheets and wonder if it’s worth it.

On the other side of the Albert Road, London City Airport straddles the retired Royal Docks, regeneration in motion, its aeroplanes unloading their human cargo from Milan, Frankfurt and Paris. As these business folk take their taxis to Canary Wharf and other exotic places, do any of them glance up and wonder if the sugar in their latte-to-go comes from Silvertown?