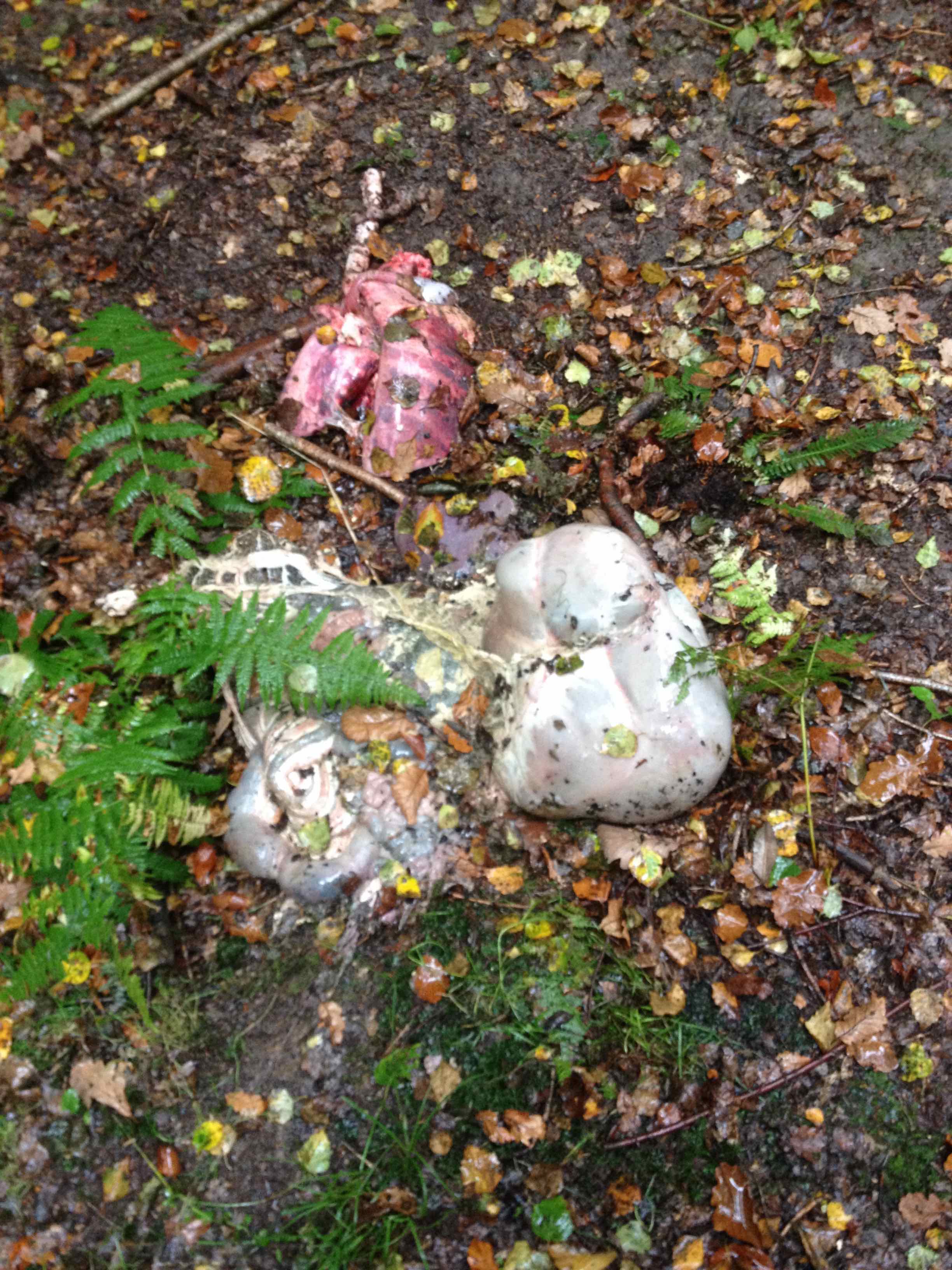 He seemed almost to like animals.
He stroked their muzzles sometimes.
He was a kind man.
And he gave them no promises:
when the trap’s teeth snapped shut,
their own light feet had triggered the spring.

We were walking through Juniper Wood when we saw these outgrowths gleaming on the ground like some rare and improbable fungi. ’Gralloch,’ one of my companions said, and then, ‘Poachers’. Gralloch is a word derived from the Scottish Gaelic grealach, ‘entrails’.  In its noun form it refers to the viscera of a dead deer, and, as a verb, means to disembowel a deer that’s been killed. Gralloching must be done quickly after the kill to prevent to the meat from being spoiled or contaminated.

According to the Deer Initiative website, deer are more abundant in Britain than at any time in the last thousand years.  Native species are flourishing and non-natives like sika and muntjac are firmly established.  Left unchecked, deer can cause great damage to vulnerable habitats such as woodland.  So the populations must be culled regularly.  Deer poaching could be seen as a kind of freelance culling, though whatever outlaw romance it may once have possessed is long gone.

I’ve heard it said that you should only eat meat if you’re prepared to kill it yourself.  That seems plain daft.  Human civilization is built on the division of labour.  We have people to kill the beasts, and others to cut them up and prepare them.  Just as we have people to design integrated circuits and others to build them.  I don’t want to kill my own meat any more than I want to build my own integrated circuits.  Which isn’t to say that there aren’t serious moral and environmental problems with the ways in which the food we eat gets onto our plates.

Stumbling across the remains of the kill provoked, forgive the pun, a visceral reaction.  It felt intrusive, almost indecent, to stop and photograph.  For a brief moment, there was a sense of peering in on some ancient hunter-gatherer rite. I’m as detached as any city dweller from the bloody mechanics of animal killing, whether on the small-scale of the poacher or the industrialized slaughter of the meat processors.  It’s as well to be reminded that actual, living creatures die to sustain us, and to think about how and what we eat.