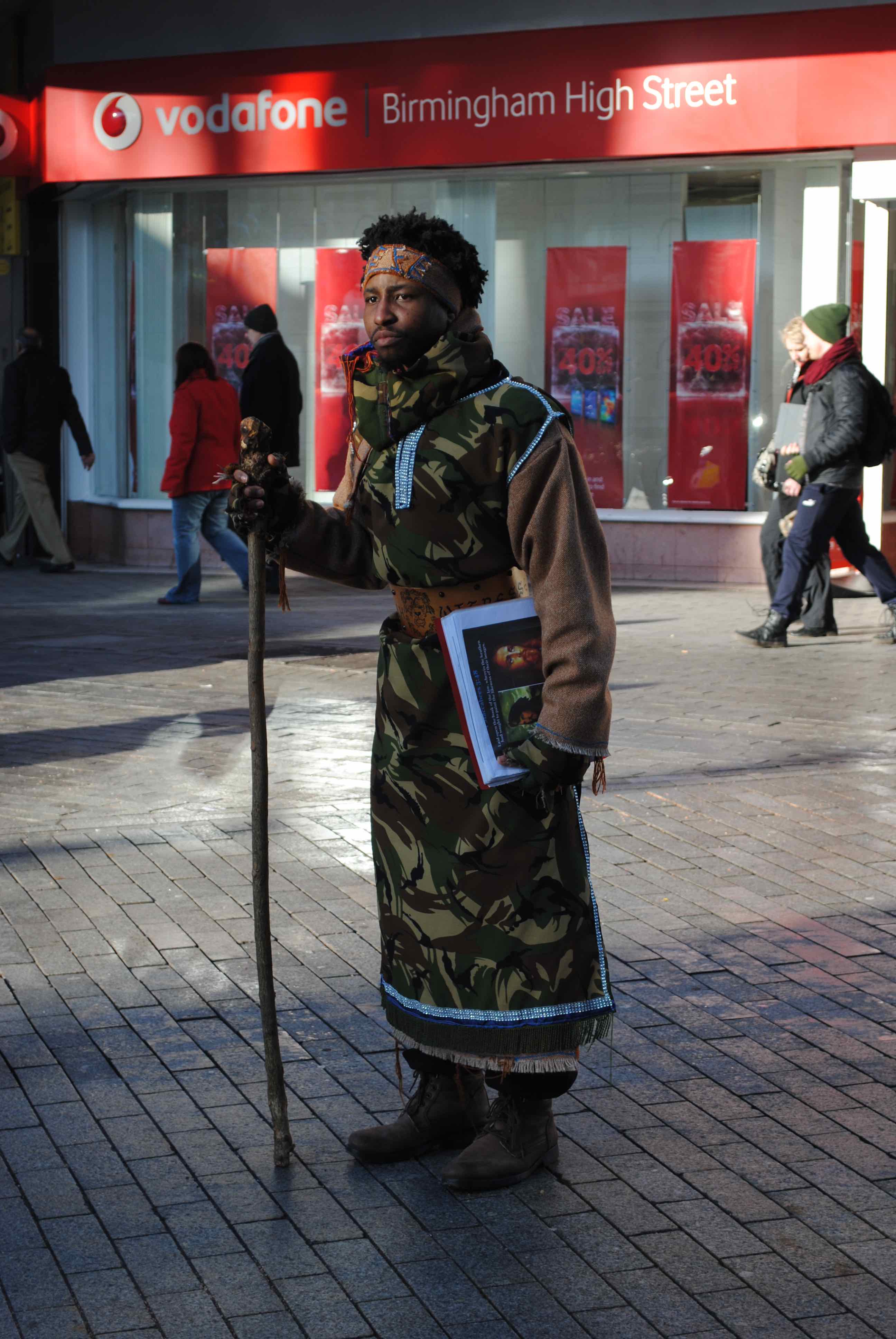 The dull days after Christmas, with the store sales in flood tide, may not have been the most propitious time for a prophet. Commodity idols distracting the attention, hawkers and muzak assailing the ears, credit card bills gnawing at the conscience. And besides, this was an uncompromising man with an uncomfortable message, burning with righteous anger, as any prophet should. He was dressed, rather nattily, for combat both spiritual and temporal, and carried – an Old Testament touch, this – a staff.His message, or what I gathered of it, was simple enough: black people need to wake up and free themselves from oppression; Jesus was a false messiah and a homosexual; and the true Messiah’s name is…is…I didn’t catch the name.

The High Street was busy but nobody else paused to listen while I was there, and I was clearly not in his target demographic. I said hello during a pause, hoping to get the Messiah’s name, but the prophet ignored me, fiercely looking in the other direction.  Which was fair enough: it may have come across as a supercilious approach. If he was from Birmingham then perhaps he’d forgotten that prophets are without honour in their own country and among their own kin.  He clasped a binder filled with colour pictures, each in a plastic sleeve. Pictures of the new kingdom perhaps? No-one stopped to look. The irony of the prophet: divine election is necessary but not sufficient. Without a degree of popular reaction, whether hostility or acclamation, no messenger of God can feel wholly validated. Perhaps the modern prophet should take to social media rather than street preaching. But how to make oneself heard amid the tumult of Twitter and the rest?  It’s tough being a prophet in the twenty-first century.