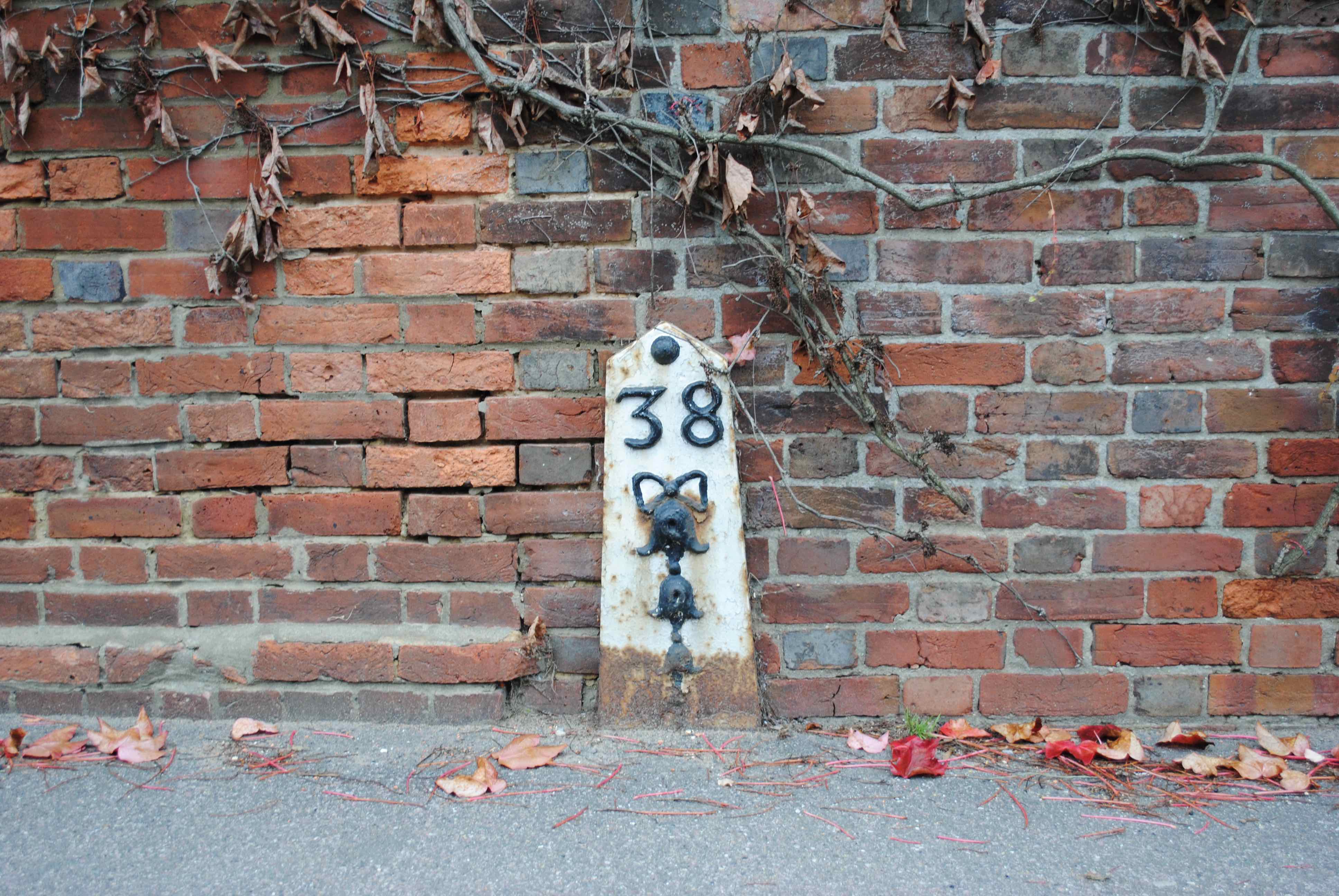 Strung along the A22 like grave markings for a vanished transport system, the Bow Bells milestones punctuate the old coaching route between Eastbourne and London. This particular example is from the village of Nutley in the Ashdown Forest. The milestones were installed by the turnpike trust that managed the road during the eighteenth century. Given that the Ashdown Forest was a centre for the iron industry it’s possible that the signs were made locally. The straightforward approach would have been to inscribe them with the destination ‘London’ but someone, a proto-brand manager in the trust or a bright spark in the ironworks, had the idea for something a bit cleverer. The bells of St Mary-le-Bow on Cheapside, the Bow Bells, whose sonic embrace forms the cradle of true Londoners, are used as a metonym for London. And this metonym is represented by a rebus, three bells topped by a bow.  Quite a sophisticated piece of imagery, when you think about it. The old coaching routes had their own systems of measurement and time-tabling. Standard time across Britain only came with the spread of the railway network. Though the standard, ‘statute’ mile was introduced by an Act of Parliament in 1593, local ‘mile’ measurements remained in use well past this date. Every antique milestone is a reminder of a space-time less uniform.