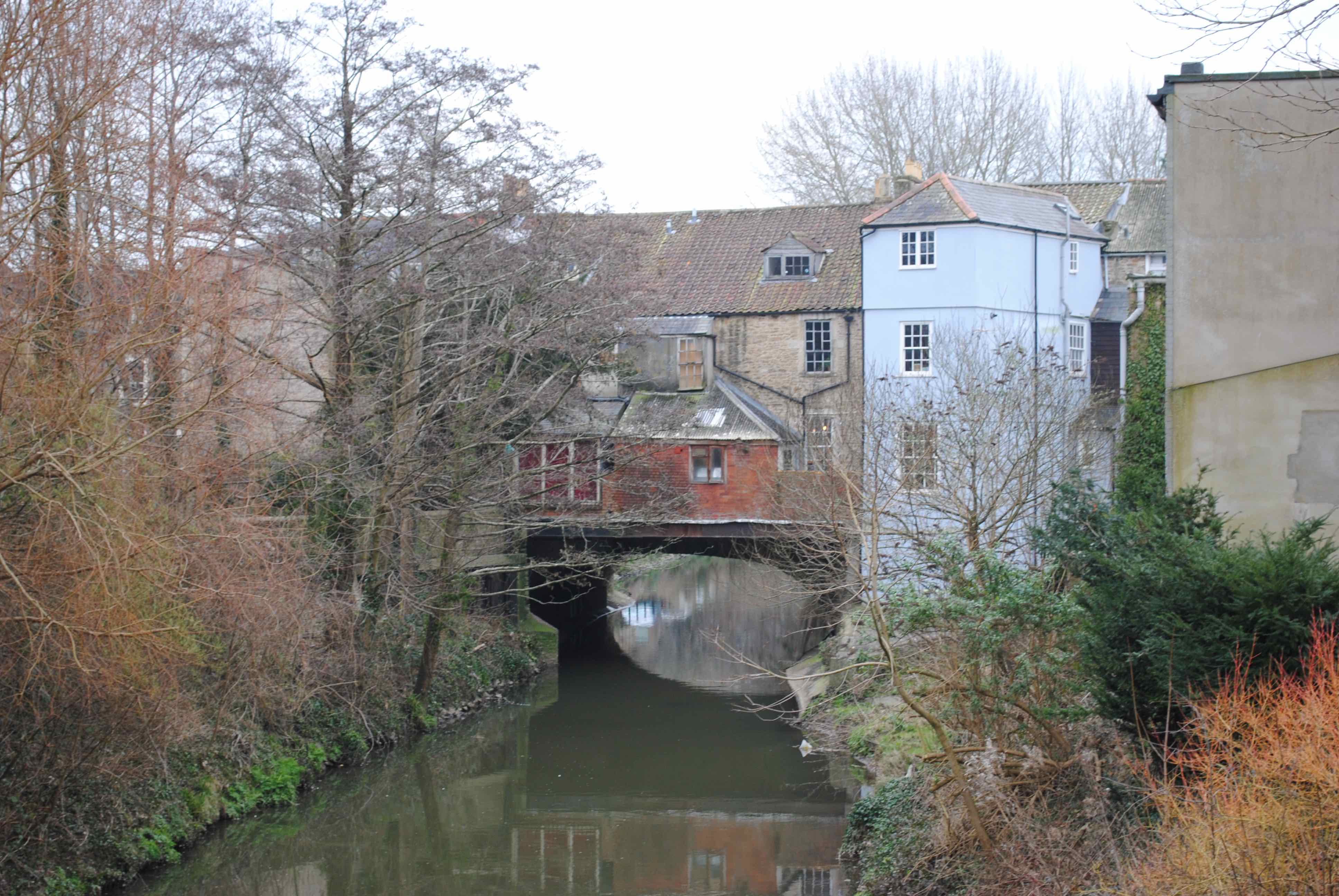 Who gives a thought to a bridge when they cross it? A disappointed bridge, Stephen Dedalus remarks of Kingstown Pier in Joyce’s Ulysses, but other bridges have other disappointments. Many of them, like this bridge in Frome, do not even have a proper name. Bridges tend to be the creations of engineers rather than architects and are not inhabited in the way that ‘real’ buildings are inhabited. Their value lies more in their connectivity than in their form and use of space.

Often, a  bridge is not just a crossing but a transit corridor between different zones, a checkpoint of the imagination. Londoners often experience a sense of significant passage when crossing the Thames to the ‘other’ side. Something feels different – the light, the air pressure, the psychic forces – when you arrive at the side that is not yours. I don’t know if the citizens of Frome experience anything like this when they cross their bridge – known simply as the ‘Town Bridge’ – or if the transition is as insignificant as crossing the street. Perhaps deep and dark rivalries abide between the folks on either side of the river through Frome.

The other side of the bridge

The original bridge was built in the sixteenth century but the present construction is from the nineteenth, the work, according to the North Somerset volume of the Buildings of England series, of the then county surveyor, Underwood (no first name or initial given). Was Underwood a Somerset man? How did he learn to build bridges? Was this his first or last or only bridge? A terrace of houses was added in 1821, though whether by Underwood or someone else is unclear. I wonder how much sweat was expended calculating the load? But what a fine thing it would be, to live in a house on a bridge over a river. Nameless, and by a barely named surveyor, the bridge in Frome could be a monument to all the unknown or obscure bridge builders.